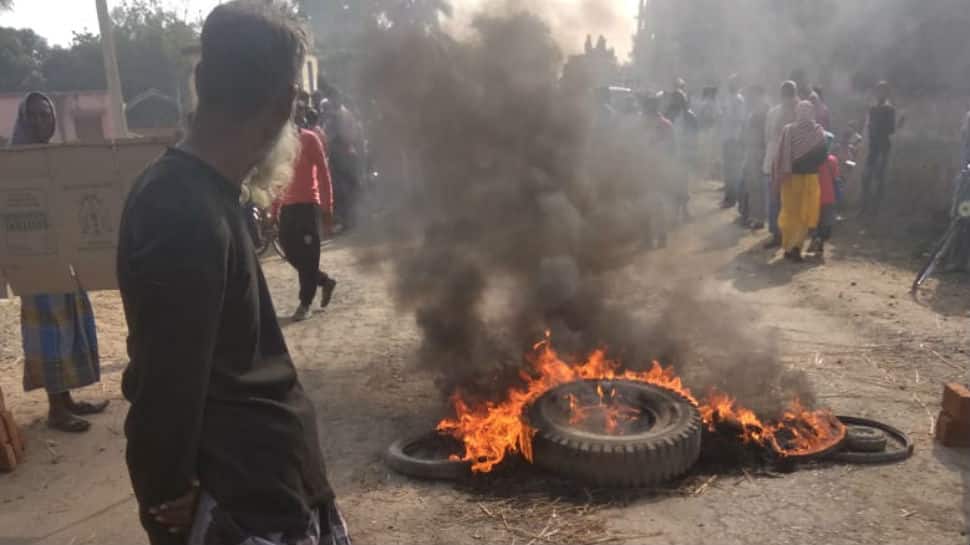 Delhi has been witnessing several violent protests against the newly-implemented Citizenship Amendment Act since the last few days. On Sunday, clashes broke out between the Delhi Police and protestors, including a few from Jamia Millia Islamia University, and it continued till Monday. A day later, the violence hit North East Delhi's Seelampur and Jafradbad areas where angry protestors torched several motorbikes, pelted stones at police personnel and damaged buses and a police booth.

In view of the protests, Section 144 of the Code of Criminal Procedure (CrPC) has been imposed in North East district of Delhi.

Meanwhile, protests are also being held in other parts of the country over the amended Act. The Supreme Court will later in the day hear 59 petitions challenging the CAA.

Stay tuned with Zee News on live updates from across the country on the Citizenship Amendment Act.

PIL filed in Calcutta HC against the state regarding the govt’s role to prevent arson amidst agitation against the NRC and CAA will be heard tomorrow at 2 pm.

An attempt is being made to drag AAP's name in the recent incidents. Why will AAP do this? How will we benefit? We all should maintain peace. Only those who are fearing defeat in the upcoming elections are inciting riots: Arvind Kejriwal

The Supreme Court issued notice to Centre on the Citizenship Amendment Act but refuses to issue stay the amendment. The apex court directed the government to submit its reply by the second week of January 2020. The next hearing is on January 22, 2020.

Satish Chandra Mishra, BSP MP after his party's delegation met President Ram Nath Kovind: We told him that Citizenship Amendment Act is wrong & in violation of the Preamble, Article 14 & 21. We requested him to take steps to revoke it.

Delhi Police filed 2 FIRs in connection with Tuesday's Jafrabad incident under the IPC sections for rioting and damaging public property. Five people were detained, their backgrounds are being checked by Police. One FIR also registered in Brijpuri under IPC sections for stone pelting.

Tamil Nadu: All party meeting over #CitizenshipAmendmentAct begins at DMK headquarters in Chennai. The meeting is being chaired by DMK President MK Stalin.

A public suit filed in Delhi High Court seeking to constitute a fact finding committee to deal with Jamia Millia University (Delhi) incident & the medical assistance provided to students that were injured during the incident, news agency ANI reports.

The Delhi Police has arrested six people in connection with the violence in Seelampur area on Tuesday. The arrests were made on Wednesday morning. Raids are also being conducted to apprehend some other people who have also been identified.