Like many leaders who have left the Aam Aadmi Party, Manish Sisodia too may leave the party any day, says Manoj Tiwari. 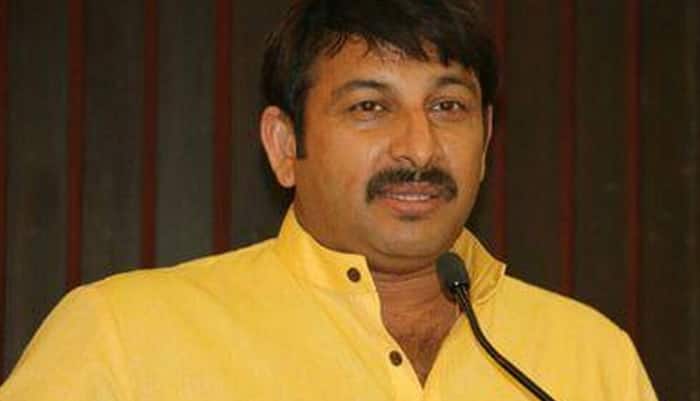 Refuting reports of infighting in the Delhi unit of the Bharatiya Janata Party (BJP), its chief Manoj Tiwari has instead claimed that the state's ruling Aam Aadmi Party (AAP) is struggling with internal friction and Deputy Chief Minister Manish Sisodia may leave the party any day.

The Delhi BJP president told IANS that almost all the founding members of the AAP had left the party and its National Convenor Arvind Kejriwal was alone in the fight.

"The AAP is talking about infighting in the BJP to hide its government's failures. There is no fight in the BJP. The infighting is in AAP, which is diverting people's attention with these claims. The BJP is collectively going for the elections," Tiwari said.

Naming AAP leaders who have left the party in the past few years, Tiwari asked: "Where is Kumar Vishwas, where is Prashant Bhushan, where is Anand Kumar and where is Yogendra Yadav?"

"Like these leaders who have left the party, Manish Sisodia too may leave the party any day. Kejriwal is alone in this fight," he said.

Tiwari justified the same saying: "We will go into the election with our ideas and work. The BJP is working as a team to make Delhi the city Prime Minister Narendra Modi dreams of. That is important for us and not who will be the chief minister."

Tiwari, who is a Member of Parliament from North East Delhi, also said that the BJP does not indulge in a politics of discrimination. "Our policies are made for everyone. It is Arvind Kejriwal who believes in the politics of divide and rule. The BJP does progressive politics," he added.

He explained that even though the BJP was in the opposition in Delhi, it gave the city many important roads, including the peripheral Delhi Meerut Expressway. "We ensured the pollution is under control and so we kept 60,000 cars away from Delhi. If elected, the BJP will ensure the city does not face any such issues," he added.

Informed that roads were the responsibility of the Centre as it controlled land in Delhi, Tiwari said the previous governments did not think about the development of Delhi despite being capable of it. "Congress could have done similar things. They were in power before us. They did not do the work. At least we thought about the people, their issues and worked on it," he explained.

"The BJP has positivity. It is Kejriwal, who is against our party's pro-people policies. The Pradhan Mantri Awas Yojana and Ayushman scheme are yet to be implemented in Delhi. He is not thinking about people who need cheaper houses and better health facilities.

"Everything in Delhi is messed up. People are forced to buy bottled water as clean drinking water is not available. AAP is not thinking of the people. The transportation has not improved, they have failed to give buses to the city, but they are bringing back odd-even and not letting people use their cars. Does Kejriwal expect people to walk during odd-even?" he asked.

Tiwari insisted that Kejriwal has realised that power was slipping out of his hands. "Look at the way he has changed his stand on Modi after the BJP got a landslide victory under Modi. Delhi is the only thing Kejriwal has and it will also go out of his hands in the coming elections. He planned to put the blame of not doing anything for Delhi on Modi and the BJP. But he has realised that people are with Modi and the BJP, and has therefore changed his stand. But the people are smart. They have understood his plan and he has lost his chance," he explained.

The actor-turned-politician pointed out that Kejriwal managed to win the Assembly polls because people were not aware of his reality. "Now people know that he is a liar and does a politics of accusations. Delhi knows that Kejriwal takes credit for works done by others. Everyone knows he doesn't believe in working, but only protesting," he said.

The BJP leader said Kejriwal had made the people of Delhi cry for years even though the city gave him 67 of 70 seats. "Delhi will teach him a lesson so tough that leaders will be scared of making false promises to the public," he added.

About his demand for a National Register of Citizens (NRC) in Delhi, Tiwari said it was important as there was no record of the illegal foreign migrants living in the city. "The NRC will only target illegal foreigners, who are a threat to national security. Indians living in Delhi will not be affected by the NRC.