Wearing blue blazer and grey ‘khaki’ trouser, Abhinandan stepped on the India soil at 9.20 pm on Friday from Attari-Wagah border. 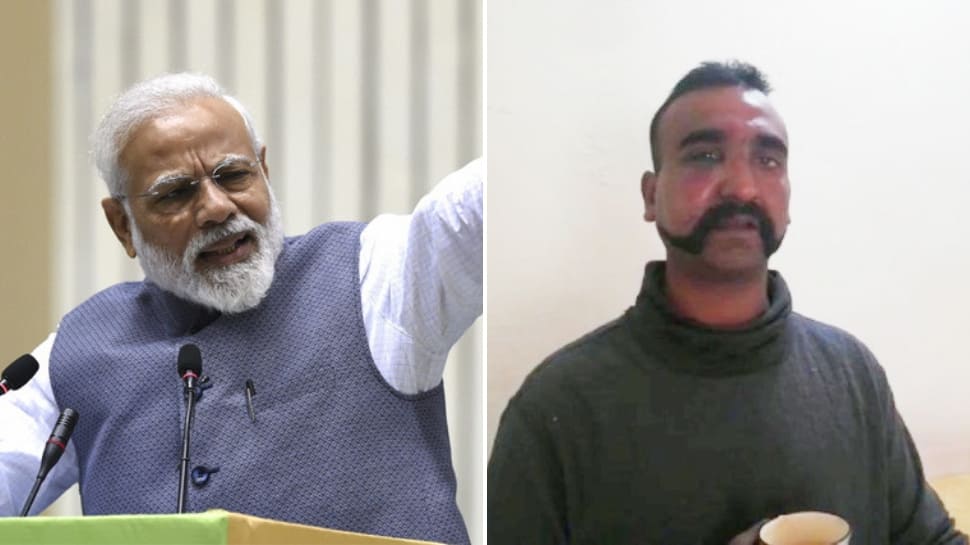 NEW DELHI: "Abhinandan" used to mean congratulations till now but its meaning will change now, Prime Minister Narendra Modi said on Saturday lauding the Indian Air Force braveheart Wing Commander Abhinandan Varthaman who returned from Pakistan's captivity on Friday. The world takes note of what India does and the nation has the power to "change dictionary meanings", Modi said at an event in Delhi.

"Take it for a fact, the world watches carefully what India does... The country has the strength to change the meaning of words in the dictionary. Abhinandan once used to mean congratulations in English. And now the meaning of Abhinandan will change. This is the strength of this country," he said amid applause by the audience. He added that the country has to move ahead with "valour".

On Friday after Wing Commander crossed over to the Attari border, Prime Minister Narendra Modi had tweeted: "Welcome home Wing Commander Abhinandan. The nation is proud of your exemplary courage. Our armed forces are an inspiration for 130 crore Indians. Vande Mataram."

Wearing blue blazer and grey ‘khaki’ trouser, Abhinandan stepped on the India soil at 9.20 pm on Friday from Attari-Wagah border in Punjab's Amritsar where thousands had been waiting for hours to have a glimpse of the brave IAF officer. He was handed over by the Pakistan Rangers to the BSF following paperwork. He was accompanied by an officer of the Pakistan Foreign Office and Indian Defence Attaché Group Captain Joy Thomas Kurien.

He was held captive by Pakistan after his jet was shot down in an air strike carried out by India. He was captured on February 27 by Pakistan following a dogfight between the two air forces in which his MIG-21 was shot down. He was flying the MiG 21 Bison and was chasing Pakistani F-16 fighters which had transgressed into the Indian airspace. In the process, his plane crossed over to Pakistani side and was shot down. He ejected safely but was taken into custody by the Pakistan Army upon landing. Before his plane was shot, he had hit a Pakistani F-16.

Civilian injured in IED blast in Jammu and Kashmir's Pulwama