More MPs from West Bengal will be inducted in Narendra Modi govt: BJP

Bengal BJP president Dilip Ghosh said that more MPs from West Bengal will be inducted in the Mofi govt. 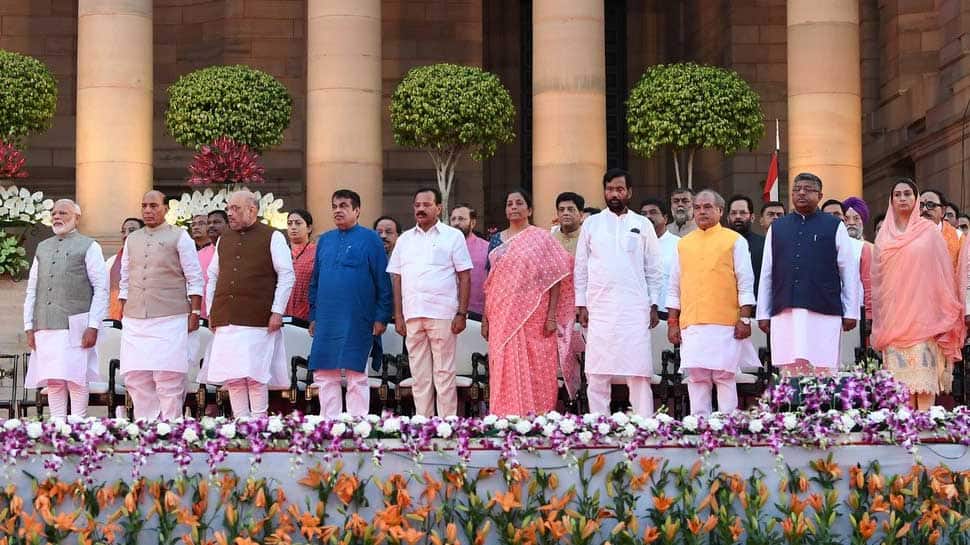 Kolkata: Sensing anger among the party's rank and file over the fact that only two of the 18 West Bengal MPs got ministerial berths, state BJP president Dilip Ghosh on Friday said that more parliamentarians will be made ministers in future.

Senior BJP leader Mukul Roy, one of the key figures in the party's stellar performance in the Lok Sabha polls in Bengal, too exuded confidence that more MPs from West Bengal will be inducted in the Union Ministry and asked the party workers to wait for some time.

"Two MPs have been inducted (in the union council of ministers) and several others will also be made ministers in future. It is a continuous process," Ghosh said.

Two BJP MPs from the state were sworn-in as ministers of state in New Delhi on Thursday.

Supriyo, a play-back singer turned politician, had served as MoS in the previous government as well.

"The BJP is a national party and the TMC is a regional party. A lot of factors need to be kept in mind while selecting members of the union council of ministers. There should be representation from the entire country," Roy said.

"I will request you (party workers) to wait for some time. More MPs will be inducted in the ministry," Roy said.

Ghosh said the responsibility of the state party unit was to send as many BJP MPs to Lok Sabha as possible so that Narendra Modi becomes the prime minister for a second time.

The BJP won 18 of the 42 Lok Sabha seats in West Bengal, four less than the TMC's 22. The remaining two seats were bagged by the Congress, while the Left Front drew a blank.