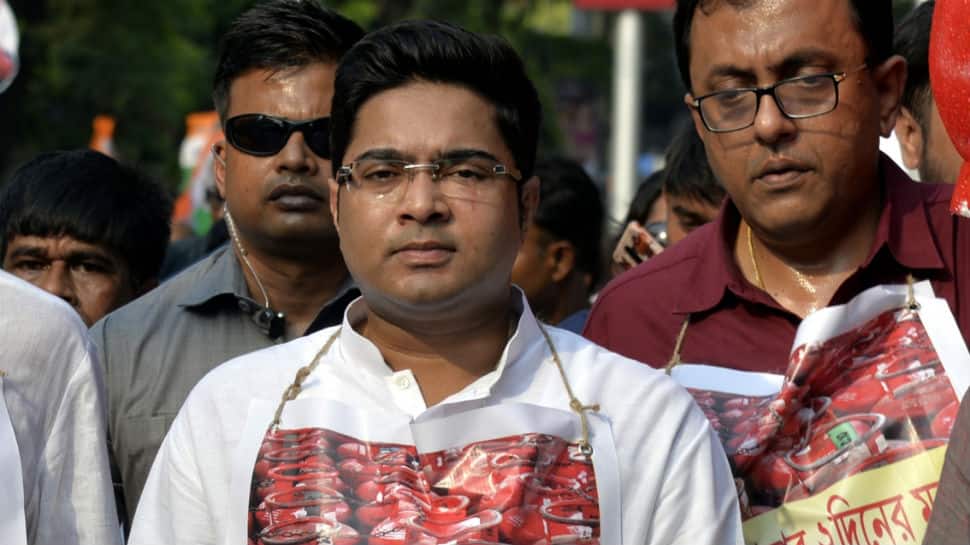 Kolkata: Mocking the BJP's decision to 'introduce' Jai Maa Kali slogan, Trinamool Congress MP Abhishek Banerjee on Tuesday said the TRP (television rating point) of the Jai Shri Ram slogan has started sliding while that of Jai Maa Kali is on the rise.

"Ram's TRP has suddenly dipped and that of Maa Kali is on the rise," he said.

Banerjee, the nephew of Chief Minister and Trinamool supremo Mamata Banerjee, said if their slogan is Jai Shri Ram, "ours is Jai Hind".

"I say 'Jai Shri Ram' when I pray. But on the political field, I say 'Jai Hind'," he said, adding that at a time when the unemployment and farmers' suicide were on the rise, Prime Minister Narendra Modi's reply was Jai Shri Ram.

#WATCH Kolkata: TMC leader Abhishek Banerjee says, "People told me that Dilip Ghosh has asked to raise slogans of Jai Ma Kaali along with Jai Sri Ram. I told them, Mamata Banerjee was there so that is why suddenly Ram's TRP has gone down and Ma Kaali's TRP is going up." (04.6.18) pic.twitter.com/2wXkMMIsOK

He also accused the saffron party of doing politics of violence.

"BJP is pursuing politics of violence as they are replicating the CPI-M's model ditto. They have already been fed up with sending postcards with Jai Shri Ram slogan and also tired with replies from people of Bengal."