On 69th birthday, PM Modi has lunch with mother Heeraben in Gandhinagar, gets Rs 501 as blessings

PM Modi and Heeraben Modi enjoyed a Gujarati thali together at her home. Before PM Modi left, Heeraben gave Rs 501 to her son as a token of blessings.

New Delhi: Prime Minister Narendra Modi visited his mother Heeraben Modi on Tuesday at her residence in Gandhinagar to seek her blessings on the occasion of his 69th birthday. The mother-son duo also had lunch together and enjoyed what appeared to be a Gujarati thali, along with rotis and salad. Before PM Modi left the house, Heeraben gave Rs 501 to her son as a token of blessings. 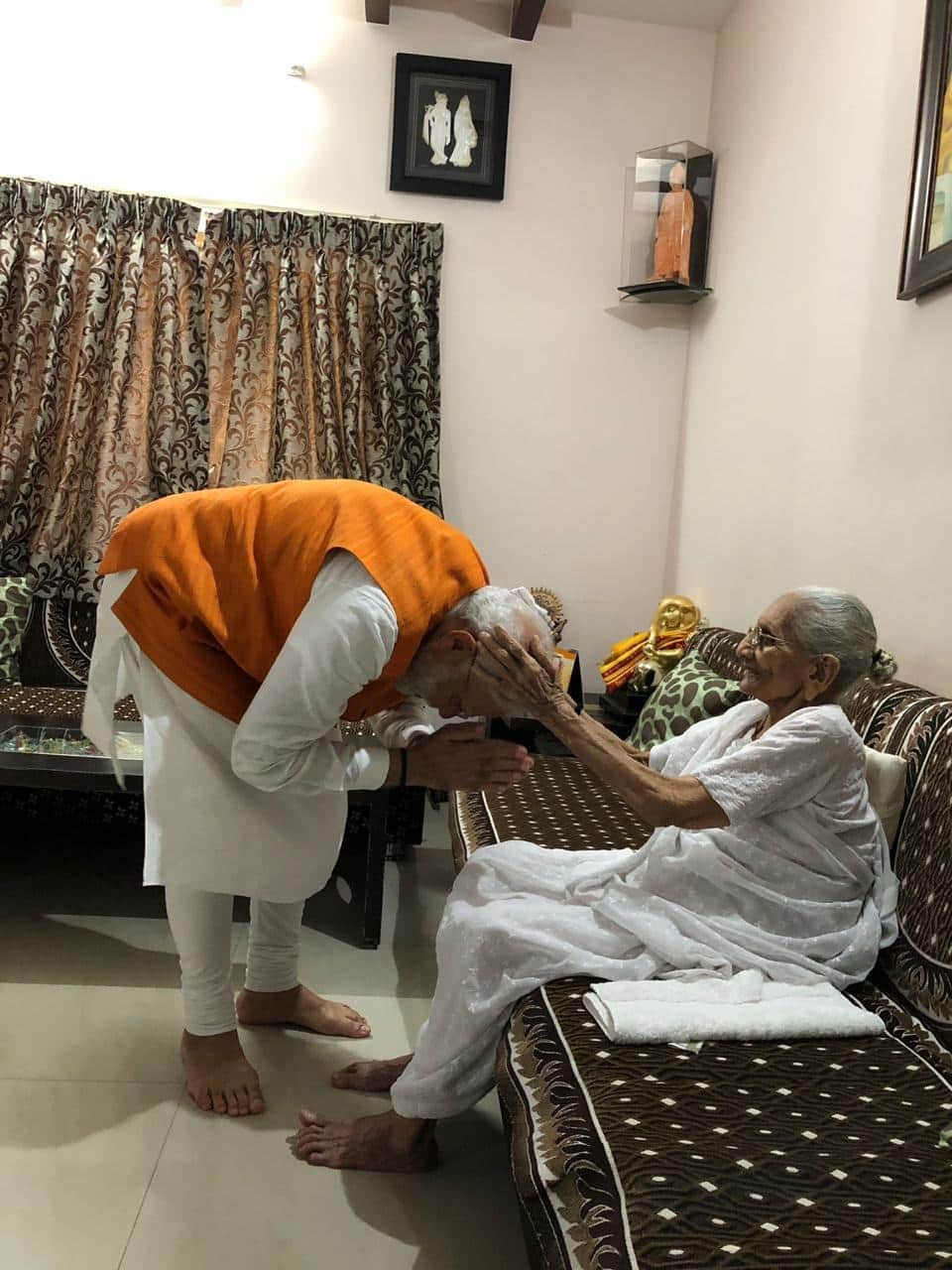 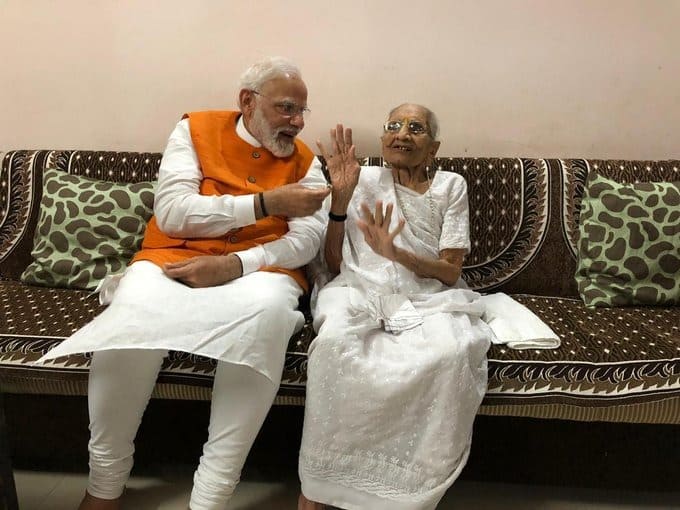 The Prime Minister's convoy arrived at Heeraben's residence in the afternoon. Several people and his supporters lined-up outside the house to catch a glimpse of PM Modi.

PM Modi visits his mother on important occasions. Prior to this, PM Modi had met Heeraben to seek her blessings after Bharatiya Janata Party's (BJP) emphatic victory in the 2019 Lok Sabha election.

As of Tuesday, PM Modi is spending the day in Gujarat, where earlier in the day he visited the Sardar Sarovar Dam and offered prayers. He also participated in Namami Devi Narmada Mahotsav celebrations of the state government. He also visited the cactus garden in Kevadia in Narmada district and addressed a public meeting there. He was then seen taking a safari tour of the Khalvani Eco-tourism site.