Indresh Kumar said that Pakistan is not the same as it was in 1947 or 1971 and was on the verge of splitting. 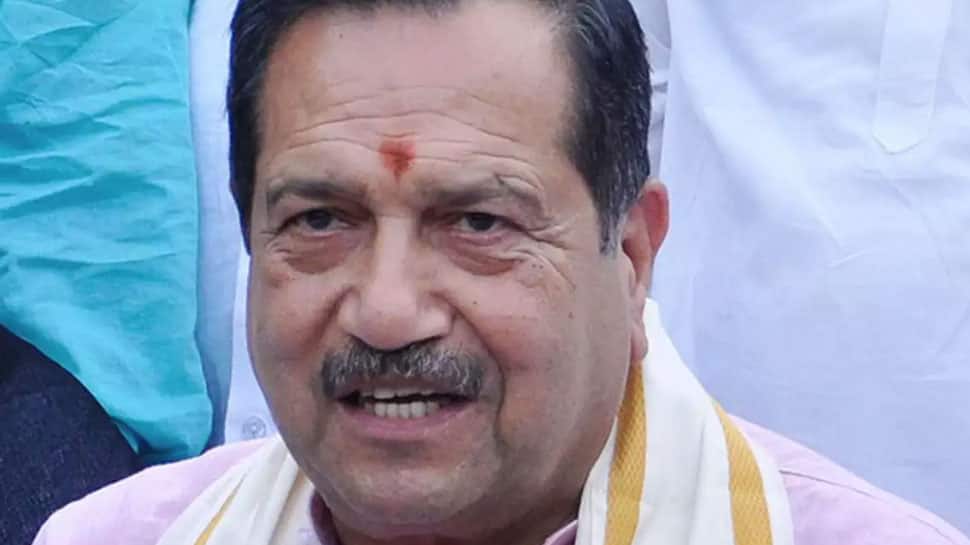 News agency ANI quoted the RSS leader as saying that this time, Pakistan will disintegrate into five-six parts.

Kumar stated that Pakistan is not the same as it was in 1947 or 1971 and was on the verge of splitting.

"Pakistan was formed after partition... It was again divided in 1971. Today it is moving fast towards dividing into five-six parts - Pashtunistan, Balochistan, Sindh want to break away. If this will continue then analysts say that after some time Pakistan can fall after being divided," Kumar said.

"They say that Pakistan will not be able to handle its internal economic, social, political and spiritual condition. That's why, I said that Pakistan is becoming weak day by day," Kumar asserted.

He further claimed that India has declared that Aksai Chin and Pakistan-occupied Kashmir (PoK) belongs to it.

"The Army has said that will hoist our national flag there... People have started saying put an end to slogans that Pakistan is incomplete without Kashmir, otherwise they will begin saying that without Lahore India is incomplete," Indresh Kumar added.

The RSS leader underlined that Pakistan`s internal conditions and policy will eventually make the country crumble."Pakistan will not be able to handle its internal economic, social, political and spiritual condition.

The remarks from the RSS ideologue came after apparently failing to get international backing, Pakistan Prime Minister Imran Khan warned India of serious repercussions alleging gross violation of human rights by the Indian forces in the Jammu and Kashmir.

The warning from the Pakistani leader came as he addressed a solidarity rally in Muzaffarabad in the Pakistan-Occupied-Kashmir on Friday evening.

The Pakistani leader addressed the solidarity rally with an aim to internationalise the Kashmir issue and send a message to the world regarding the restrictions imposed by the Narendra Modi-led NDA government in parts of J&K ever since it abrogated Article 370 which gave special status to the state.

Addressing the rally, PM Imran Khan said that he will act as ''Kashmir's ambassador before the world.''

"I will not disappoint Kashmiris before the United Nations General Assembly," the Pakistani PM said. Khan is slated to address the global organisation at the end of this month.

Calling Kashmir issue a ''humanitarian crisis'', Khan said that even the European Union and British Parliament took up the issue of Kashmir.

Criticising the Narendra Modi-led BJP government, PM Imran Khan said that no matter how much violence is inflicted by the Indian forces, it will not yield any success.

The PTI alleged that PM Narendra Modi is pushing people towards extremism and peddling the agenda of RSS, which believes that only Hindus should reside in India.

"If India showed any aggression then we will give a befitting response," said the Pakistani PM.

Addressing the gathering of his supporters, Khan said, ''the people of Kashmir will oppose India, take up arms against the BJP-RSS controlled regime there. PM Modi is testing the patience of innocent Kashmiris. We want peace. Tired of violent suppression by the Indian forces, a 20-year-old Kashmir youth had armed himself with bombs and attacked them in Pulwama...India blamed us for Pulwama attack and launched airstrikes in Balakot but we shot down their jet. We did not return their pilot (Wing Commander Abhinandan Varthaman) because we didn't want a war. PM Modi told his countrymen that Pakistan succumbed to international pressure but he did not know that a true Pakistani is never afraid of death.''

Ahead of Khan, Pakistan Foreign Minister Shah Mehmood Qureshi and PM AJK Raja Farooq Haider addressed the gathering in Muzaffarabad. The Pakistani leaders told the gathering that they have come show Pakistan's resolve to stand with Kashmiris.

The solidarity rally is the part of a diplomatic campaign by Pakistan to stir world conscience over the plight of Kashmiris.

In a message posted on Twitter on Wednesday, the PM had earlier said that the rally would aim to show the world that the people of Pakistan stand in solidarity with people of occupied Kashmir.

His announcement had come even as Islamabad mounted a campaign on New Delhi at the UN Human Rights Council (UNHRC). Imran Khan on Thursday claimed that he had garnered the support of 58 countries in a joint statement on human rights concerns in Jammu and Kashmir.

Earlier on Tuesday, Pakistan had asked the UN human rights body to ensure that India ends the restrictions in Jammu and Kashmir and restores fundamental rights and liberties in the region after the revocation of its special status on August 5. Pakistan PM had also called to observe 'Solidarity Hour' in support of Kashmiris on August 30, however, the event failed to gain momentum.

Pakistani authorities had made desperate attempts to direct school children to join the protests in support of the people of Kashmir, but that failed to gather any steam.

India gave a strong rebuttal to Islamabad's claims on Kashmir and hit out at it by describing the changes in Kashmir an internal matter of the country. It also added that Pakistan has no locus standi on the matters of Kashmir. Most of the leading countries across the globe have backed India on the Kashmir issue and said that the issue should be resolved bilaterally and there was no need for third-party intervention.

‘Plogging’ 50 Indian cities in 50 days; a movement for a cleaner India