The Ministry of External Affairs has announced that Prime Minister Narendra Modi will be visiting Bhutan from 17th to 18th August. 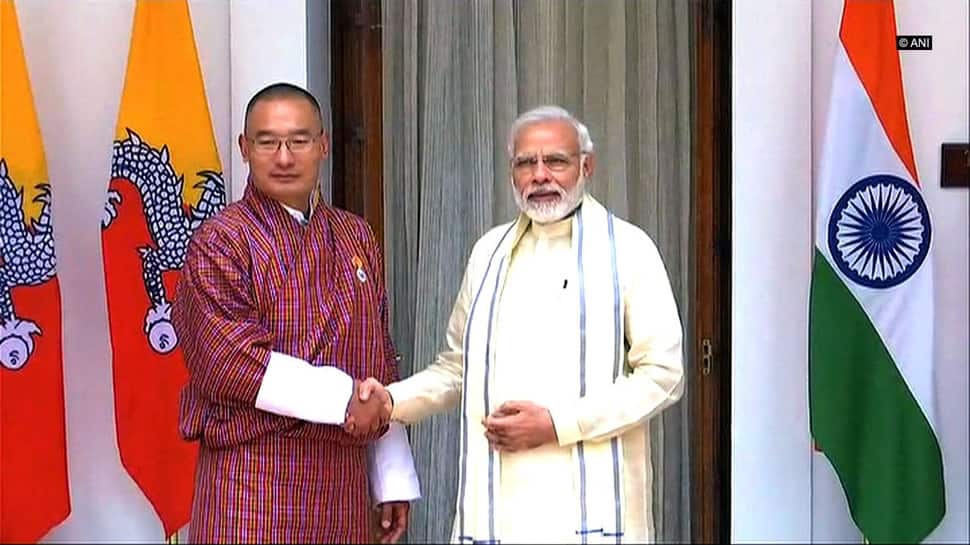 New Delhi: The Ministry of External Affairs has announced that Prime Minister Narendra Modi will be visiting Bhutan from 17th to 18th August.

In a statement, MEA said, "The visit reflects the high priority that the Government of India attaches to its relations with Bhutan, India’s trusted friend and neighbour. Prime Minister Modi’s visit to Bhutan, very early in his second term, is in line with GoI’s continued emphasis on its ‘Neighbourhood First Policy’."

The MEA in its release, talking about the ties between the two countries said, "India and Bhutan share a special and time-tested partnership" which are "anchored in mutual understanding and respect and reinforced by a shared cultural heritage and strong people to people links."

This will be the first visit by PM Modi to Bhutan after the Doklam crisis of 2017. The crisis saw a two-month-long standoff between Indian and Chinese Army in Bhutanese territory of Doklam which is claimed by Beijing but is part of Bhutan.

New Bhutanese Prime Minister Lyonchhen (Dr) Lotay Tshering was on a state visit to India in December 2018. He was again in Delhi in May to take part in the oath-taking ceremony of PM Narendra Modi at Rashtrapati Bhawan along with other leaders of BIMSTEC grouping. Earlier in 2019, External Affairs Minister S Jaishankar visited the south Asian nation, his first visit abroad after taking charge.

Hydro-power sector is one of the main pillars of India-Bhutan ties, with New Delhi building three power projects in the country. Bhutan exports three-fourth of power generated, which is surplus, to India and uses the rest for domestic consumption.

Bhutan was the first foreign visit of PM Modi after taking charge in 2014. During that visit, he addressed the Joint Session of Bhutanese Parliament, laid the foundation stone of the 600 MW Kholongchhu Hydropower Project and inaugurated the Supreme Court building which was constructed with Government of India’s assistance.