Home Minister Amit Shah said that Prime Minister Narendra Modi-led government at the Centre is committed to bring the promise of "Insaniyat, Jamhooriyat and Kashmiriyat" to Jammu and Kashmir. 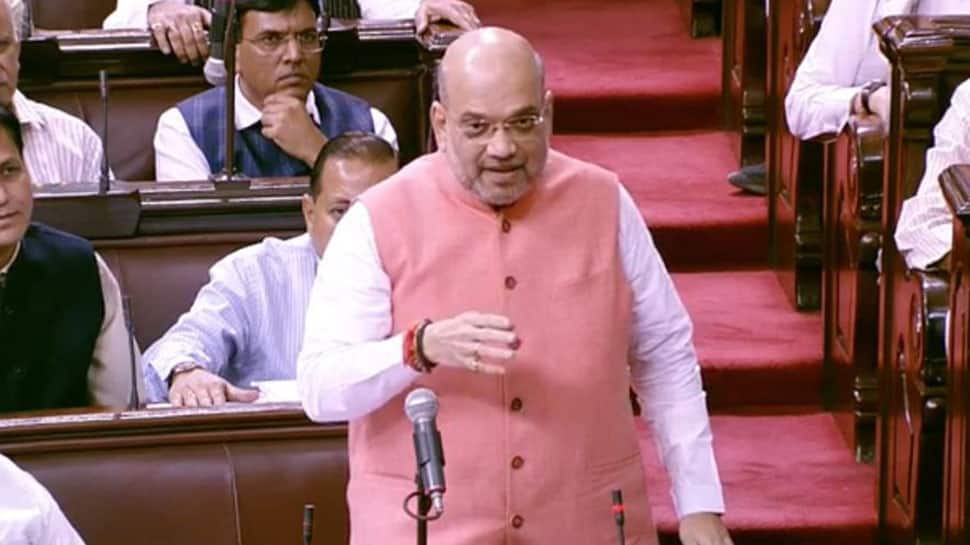 Rajya Sabha on Monday approved a statutory resolution to extend President's rule in Jammu and Kashmir for a further period of 6 months with effect from July 3 2019. The Upper House of Parliament also passed Jammu and Kashmir Reservation (Amendment) Bill, 2019.

Responding to the debate on the bill to extend President's Rule in Jammu and Kashmir, Union Home Minister Amit Shah said that Prime Minister Narendra Modi-led government at the Centre is committed to bring the promise of "Insaniyat, Jamhooriyat and Kashmiriyat" to the state. It is to be noted that these terms first used by former Prime Minister Atal Bihari Vajpayee when he had promise a healing touch for the state during his term as prime minister. Though Shah pledged to fulfill Vajpayee's promise, he also issued a warning saying that the government will not spare those who want to divide India.

"Modi government's commitment to the policy of 'Jamhooriyat, Insaniyat, Kashmiriyat' should not be taken to mean that the forces that want to divide India will be spared. They will be given an appropriate response in their same language," Shah said.

While defining the terms, Shah also asked the Rajya Sabha MPs what is understood as "Kashmiriyat". "I agree that we need to preserve Kashmiriyat. But I have a question which I want to lay before you and the people," Amit Shah said.

"Had anyone protested the Sufis, who spoke of Hindu Muslim unity, I'd have agreed that the people are concerned about Kashmiryat," he added. "The Kashmiri Pandits, who had been the carriers of Kashmiri culture for ages, were driven out and scattered. If we talk about Kashmiriyat today, we have to think of them too," Shah noted.

The Union Home Minister, however, asserted that his government will protect the culture of Kashmir. "There will be a time when at Mata Khir Bhawani temple, Kashmiri Pandits will be praying and Sufis will be seen alongside them... I am not a pessimist, we speak of humanity," he added.

Shah reiterated that Congress is responsible for problems in Jammu and Kashmir and asserted that Congress must answer for the historical blunders committed by Prime Minister Jawahar Lal Nehru and other Congress leaders. “Congress must answer for the historical blunders done by them. Why did Nehru govt go to the UN despite Kashmir’s accession to India? Why did he agree for a plebiscite, that is in any case out of question today?” he asked.

"Ghulam Nabi Azad ji and Manoj Jha (RJD) ji said we(Govt) want to spread misinformation against Nehruji among Indian public. This is wrong. This is not our intention and never will be. But, the nations which don’t learn from their mistakes in history don’t have bright future,” Shah remarked.

Talking about holding the Assembly election in the state, Shah said that it is the duty of Election Commission to hold elections and the EC is planning to hold polls in the state towards the end of the year. It may be recalled that President's Rule was imposed in Jammu and Kashmir in June 2018, when the BJP ended its alliance with Mehbooba Mufti's People's Democratic Party.