All eyes would be on the possible deal for S-400 air defence system which could prove to be a game-changer for Indian Air Force even if the US has already frowned upon it. 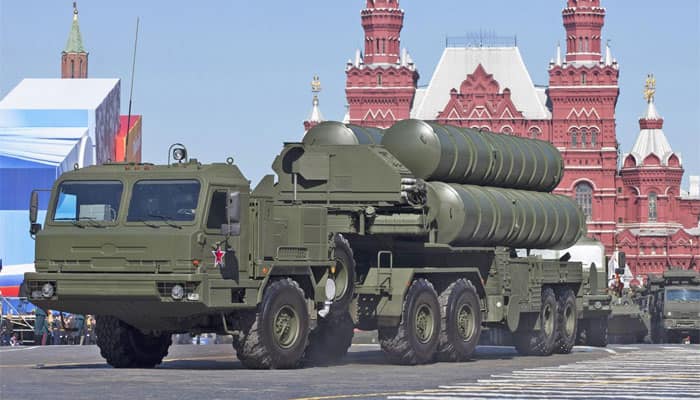 New Delhi: Hugs and banquets are over and it is time for crucial business. Russian President Vladimir Putin was given a warm welcome in India by foreign minister Sushma Swaraj before a hug from PM Narendra Modi followed by a lavish dinner. On Friday, all eyes would be on key defence deals likely to be signed between the two countries.

Top of the agenda at Hyderabad House on Friday morning could be the  $5-billion deal for the advanced S-400 air defence system. The United States had previously raised objections to New Delhi buying the weapon system. The US administration is required under a domestic law, Countering America's Adversaries through Sanctions Act or CAATSA to impose sanctions on any country that has "significant transactions" with Iran, North Korea or Russia. But the US has a problem. The country wants closer ties with India to counter China and now has to walk the tightrope in how it reacts to the possible S-400 air defence deal. After all, sanctions won't be as easy on India as it was last month when financial sanctions were imposed on China for buying S-400 as well as Su-35 fighter jets from Russia.

New Delhi also wants to show that its defence needs cannot be subjected to the whims and fancies of another country.

China too would be keeping a close watch on Putin's India visit because any large defence deal between New Delhi and another country is seen by the Chinese as having possible ramifications for Beijing.

Putin's visit though is not all about defence deals. He and Prime Minister Narendra Modi are expected to also discuss the possibility of a second Russian-built nuclear power plant. Russia could also train Indian astronauts with Indian Space Research Organisation (ISRO) looking to send a manned space mission in 2022.

Full schedule of Vladimir Putin in India on Friday:

Putin's visit to India comes at a time when Indo-Russia bilateral trade has fallen below $10 billion since 2014. While Russia has been backing India's entry into the UN Security Council, it has also fostered closer ties with China and Pakistan. As such, India - with an eye on upgrading its military and standing in international forums - could possibly look at Kremlin for closer ties on the lines of years gone by.