Pedestrians will be permitted to make use of the bridge but in limited numbers. CM  Trivendra Singh Rawat says an alternate bridge would soon be constructed. 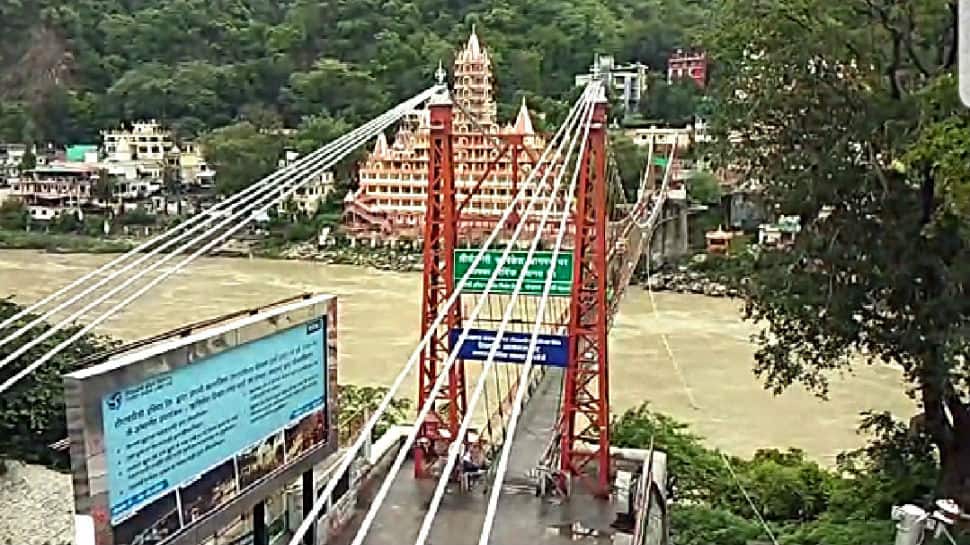 Rishikesh: The iconic Lakshman Jhula in Rishikesh was closed for vehicular movement by the Public Works Department (PWD) on Sunday. However, pedestrians will be allowed to use the bridge, in limited numbers.

The decision to shut the 96-year-old bridge was announced on Friday by the local administration, owing to the bridge's distressed state due to its age and high tourist footfall.

The closure of the bridge is a precautionary step taken by the administration due to the possibility of accidents as the bridge was operating well over capacity.

Laxman Jhula is a 450-feet long iron suspension bridge constructed over Ganga river in 1923 and is one of the landmarks of the city.

According to mythology, Lakshman, brother of Lord Rama, crossed the river on jute ropes at the place where the bridge is currently built.

On Saturday, Uttarakhand Chief Minister Trivendra Singh Rawat said an alternative bridge will be constructed soon to provide relief to the people while reaffirming that his government will make efforts to preserve the iconic bridge.