Shiv Sena has slammed Maharashtra government for not giving a state funeral to Padma Shri and Dronacharya awardee Ramakant Acharekar who was Sachin Tendulkar's coach. 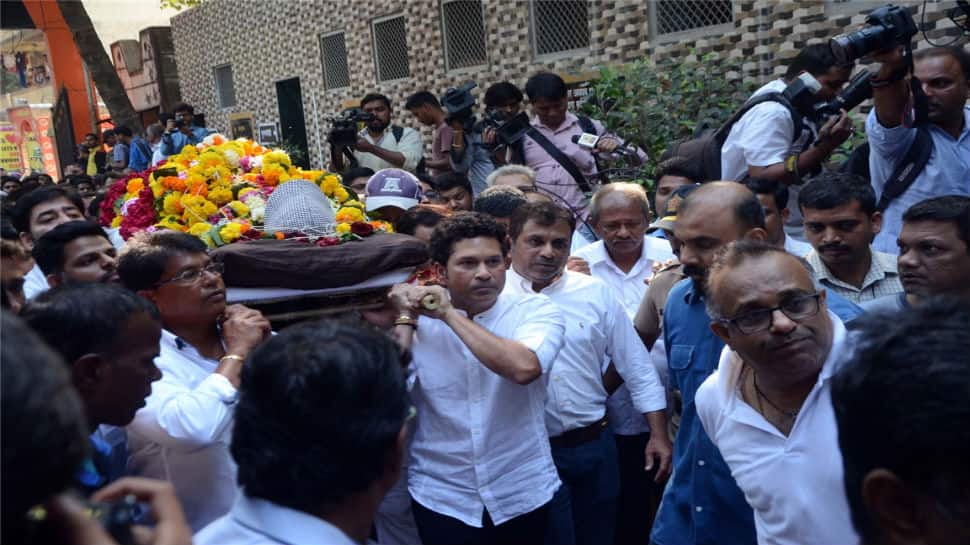 A senior Maharashtra minister Thursday said Achrekar not being given a state funeral was due to a "communication gap" at the government level.

Maharashtra Housing Minister Prakash Mehta, who represented the state government at the funeral of the celebrated cricket coach, said Achrekar not being given a state funeral was "sad and unfortunate".

Meanwhile, heaping praise on Achrekar for his outstanding contribution in shaping the lives of cricketers like Tendulkar, Vinod Kambli, Balwinder Singh, Chandrakant Pandit, Pravin Amre, Sanjay Bangar and Ramesh Powar, the Sena, inan editorial in party mouthpiece 'Saamana', said the government not according a state funeral was "troubling" and "harrowing".

"The government forgot to fulfil its responsibility and accord a state funeral to the great Acharya and blamed it on a communication gap. It is as much troubling as it is harrowing," the Sena said.

The Sena, however, stressed that not being accorded a state funeral did not lessen Achrekar's contribution to the game in any way but only exposed the inefficiency of the government.