Called the 'Smiley Campaign', cops in Gurugram have been presenting motorists who comply with traffic rules with a 'Smiling Emoji' which is their way of saying thanks to them. 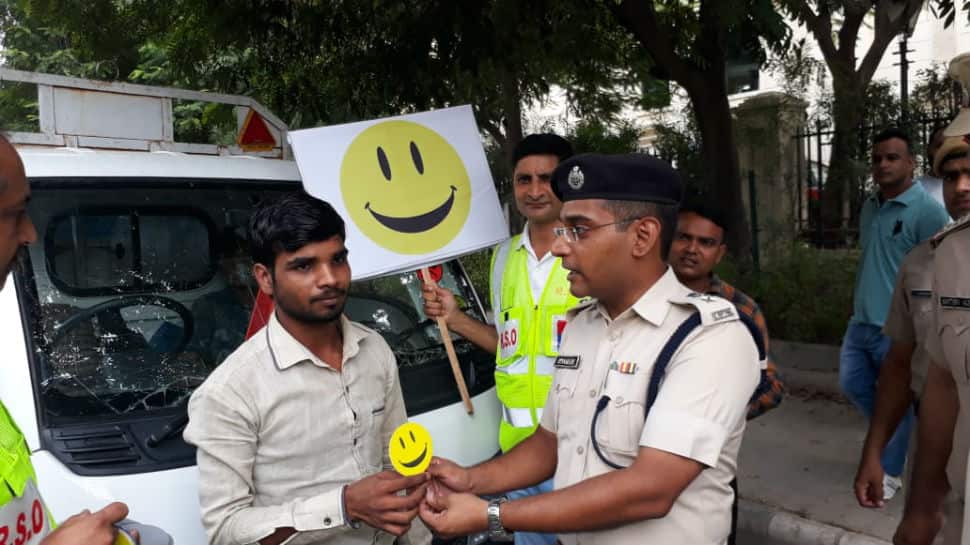 At a time when several instances of sky-high penalties for traffic violations have been making headlines across the country, Gurugram Police has launched a campaign to recognise and thank motorists who follow traffic rules with diligence.

Called the 'Smiley Campaign', cops here have been presenting motorists who comply with traffic rules with a 'Smiling Emoji' which is their way of saying thanks to them. The emoji comes with a message which reminds the motorists that they should be happy and proud for following traffic rules. The campaign was started by DCP Traffic Himanshu Garg at around 1.30 pm on Sunday at Galleria Market.

Interestingly, people found guilty of violating traffic rules were also presented with 'Sad Emojis' with a message that read that Gurugram Police is not happy with them. All motorists - whether following rules or not - were requested to keep the emojis as a reminder to always follow traffic rules for their own safety and for the safety of others on the road.

Traffic rules and adherence to these have been under the spotlight since September 1 when the amended Motor Vehicles Act was implemented. Under this, fines for flouting traffic rules have been raised multiple times.