Swaraj arrived in the ancient city of Samarkand on Saturday on a two-day visit to Uzbekistan to attend the first India-Central Asia Dialogue. 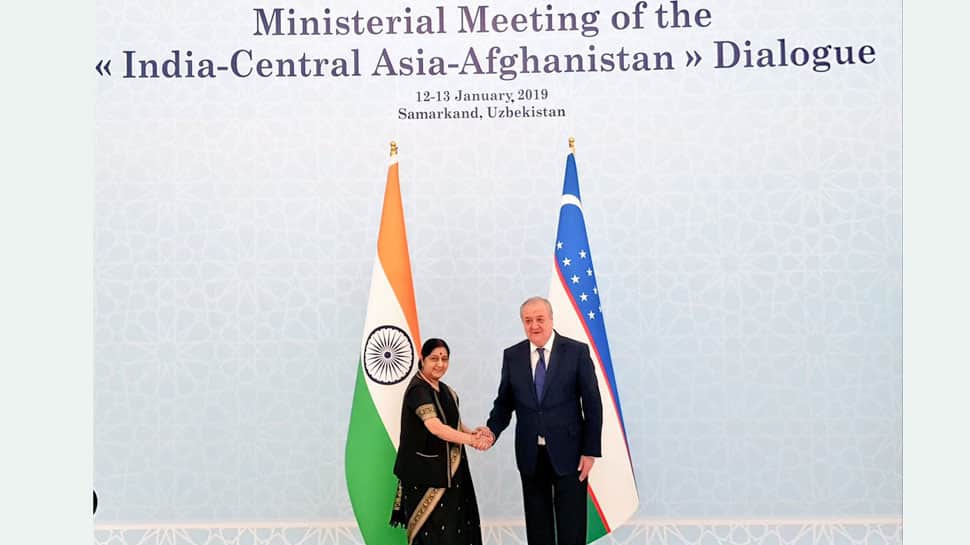 Minister of External Affairs Sushma Swaraj on Saturday held talks with Uzbekistan Foreign Minister Abdulaziz Kamilov and discussed measures for stepping up bilateral cooperation in a number of areas, including trade, economy, defence and IT.

Swaraj arrived in the ancient city of Samarkand on Saturday on a two-day visit to Uzbekistan to attend the first India-Central Asia Dialogue, which is expected to focus on a plethora of regional issues including enhancing connectivity to war-ravaged Afghanistan.

The MEA spokesperson said that first-ever India-Central Asia Dialogue, with Afghan participation, "will take India's outreach to the region to a new high."

The Dialogue will be co-chaired by Swaraj and Kamilov. The Foreign Minister of Afghanistan will also participate in the dialogue as a special invitee for the session dedicated to connectivity issues in the region.

Foreign ministers of Kyrgyz Republic, Tajikistan and Turkmenistan and the First Deputy Foreign Minister of Kazakhstan will also participate in the dialogue.

Bound together by shared history and cultural linkages, India and the Central Asian states look forward to the Dialogue as an important initiative to enhance their cooperation in wide-ranging spheres including exploring ways to substantially enhance India's economic involvement in business and development sector of Central Asia, the MEA had said on Wednesday.

With Afghanistan joining, the participants of the Dialogue will also deliberate on developing viable connectivity options between India and Afghanistan and Central Asia to further facilitate trade and economic activity in the region, it said.

Officials said the India-Central Asia Dialogue, with the participation of Afghanistan, is expected to take India's engagement with all the countries of the region to a new level.