PM Modi also said that India and Kyrgyzstan have prepared a five-year plan to increase the bilateral trade and expand trade relationship. 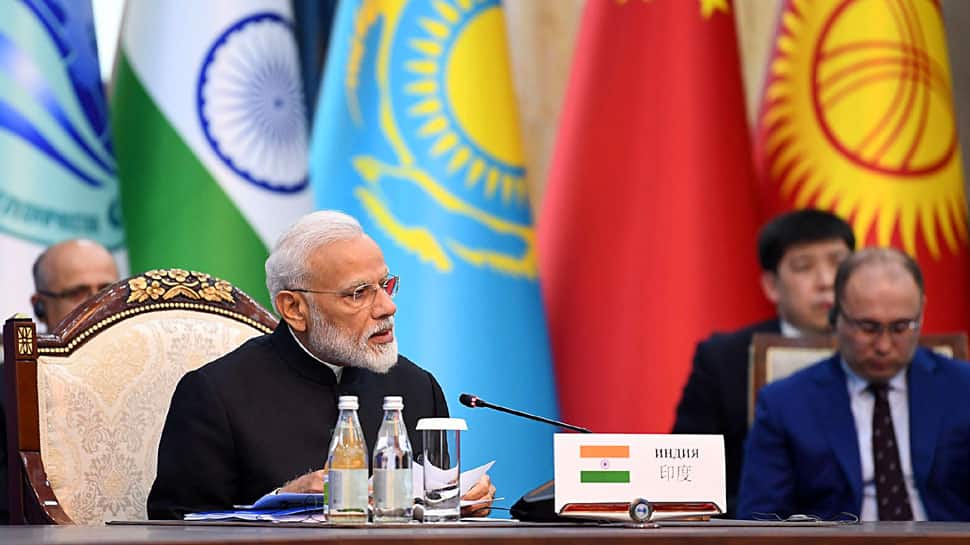 Reiterating India's strong stand against terrorism, PM Modi appealed that countries aiding terrorism must be held accountable during his address at the summit. Without naming Pakistan, PM Modi said every country needs to come together, unite and fight against the scourge. India also talked about connectivity projects such as Chabahar port and air-corridor connecting Kabul and Kandahar to New Delhi and Mumbai, adding that such connectivity projects should be "transparent", "inclusive" and respect the "territorial integrity" of countries. While calling for peace in Afghanistan, he said that it is very important for the development of the country which has been ravaged by war and civil strife for the last four decades.

PM Modi also said that India and Kyrgyzstan have prepared a five-year plan to increase the bilateral trade and expand trade relationship. “India is a big market, besides our youth entrepreneurs will play a role in enlarging the 5 trillion business,” said the PM while urging the business communities from both countries to explore the untapped potential in various fields. PM Modi and Kyrgyzstan President Sooronbay Jeenbekov jointly inaugurated the India-Kyrgyz Business Forum on Friday.

He added that India and Kyrgyzstan have given the final shape to the Double Taxation Avoidance Agreement (DTAA) and the bilateral investment treaty, which would help in creating a proper atmosphere for trade. Referring to common cultural factors with Kyrgyzstan, the PM said, “We have so many common words in our language."

The bilateral treaty is likely to increase the flow of investment between India and Kyrgyzstan and provide protection to investors from the two nations making investments in both the countries. He said Kyrgyzstan provides good opportunities for Indian businessmen in the field of textiles, railways, hydropower, mining and mineral explorations.

PM Modi also exchanged usual pleasantries with his Pakistani counterpart Imran Khan in the Leaders' Lounge at the venue of the summit. However, the Minister of External Affairs dismissed all reports of a meeting between them. Pakistan has also denied reports of any such meet between the two leaders.

Denying reports of meeting between PM Modi and Khan, Pakistan Foreign Minister Shah Mehmood Qureshi also said, “There was no structured meeting decided but yes, there was a meeting, pleasantries were exchanged. They shook hands. This happened today when leaders were gathering at the Holding Room. Cannot say who initiated this as I was not present there.” “He (Imran Khan) congratulated him (PM Modi) on his win, he defeated a very well entrenched political party, family in India in elections,” added Qureshi.

PM Modi left for India after the conclusion of the summit. "Thank You Bishkek. After a successful visit to Kyrgyzstan, PM @narendramodi emplanes for New Delhi," External Affairs Ministry spokesperson Raveesh Kumar tweeted as Modi left for New Delhi.

The prime minister arrived at Bishkek on Thursday for the summit, the first multilateral engagement post his re-election. The SCO is a China-led eight-member economic and security bloc with India and Pakistan being admitted to the grouping in 2017.