The Indian Air Force (IAF) on Wednesday brought the bodies to Pithoragarh Naini Saini Airport. The search for the eighth body is still on. 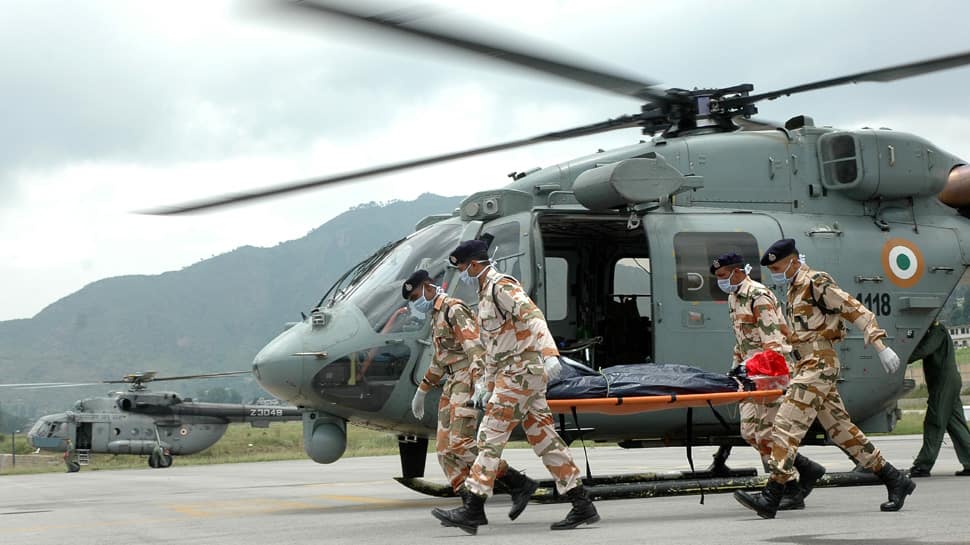 After more than nearly two months, the bodies of the seven missing mountaineers from the Nanda Devi East peak were recovered by the Indo-Tibetan Border Police (ITBP) successfully in Pithoragarh, Uttarakhand, in their operation called Mission Daredevils. The Indian Air Force (IAF) on Wednesday brought the bodies to Pithoragarh Naini Saini Airport. The search for the eighth body is still on.

The bodies were sent to Susheela Tiwari Government Hospital, Haldwani, for post-mortem. The operation started on June 13 and was completed within a span on 21 days. Two of the bodies--an Australian woman mountaineer and an Indian guide--have been identified and the rest are yet to be done.

On May 13, two teams comprising of a total of 12 members from Himalayan Run and Trek Private Limited, New Delhi, had left Munsiyari to scale the 7434-metre-high Nanda Devi East peak in Pithoragarh. One team, comprising of eight members, led by well-known British mountaineer Martin Moran, did not return to the base camp on the appointed date. The route to the peak begins from Munsiyari about 132 km from the district headquarters.

They went missing since May 25 following which the district administration with the help of the IAF conducted an aerial survey of Nanda Devi East. The information about the missing people was given by the trekking company to the local administration through email.

Pithoragarh District Magistrate Vijay Kumar Jogdande said that the bodies of the five mountaineers were found at the beginning of the search but they could not be rescued by the aircraft of the IAF. After this, a team of skilled mountaineers of ITBP were formed who carried out this operation on foot from the Nanda Devi base camp. Despite the bad weather and in adverse conditions, the ITBP found the bodies of seven of the eight mountaineers.

The eight-membered team comprised John McLaren, Richard Payne, Rupert Havel (all from the UK), Ruth Macrain (Australia), Anthony Sudekum (US), Rachel Bimmel (US) and a liaison officer from the Indian Mountaineering Foundation Chetan Pandey. Moran, who led the team, had already scaled the peak twice in the past.

The second team was safely brought back from base camp on June 2. Four climbers from the UK, part of this team, had provided clues on where the others could possibly be at.

Following that, a search operation was launched by the ITBP, SDRF, Army as well as the IAF. The tough weather conditions in the area posed an obstacle for the rescue teams to conduct their operations.

Monsoon likely to hit Delhi in next two days: IMD