Voting for the Jawaharlal Nehru University Student's Union (JNUSU) elections is underway in Delhi. A total of six candidates are contesting for the president's position out of the 14 total candidates. 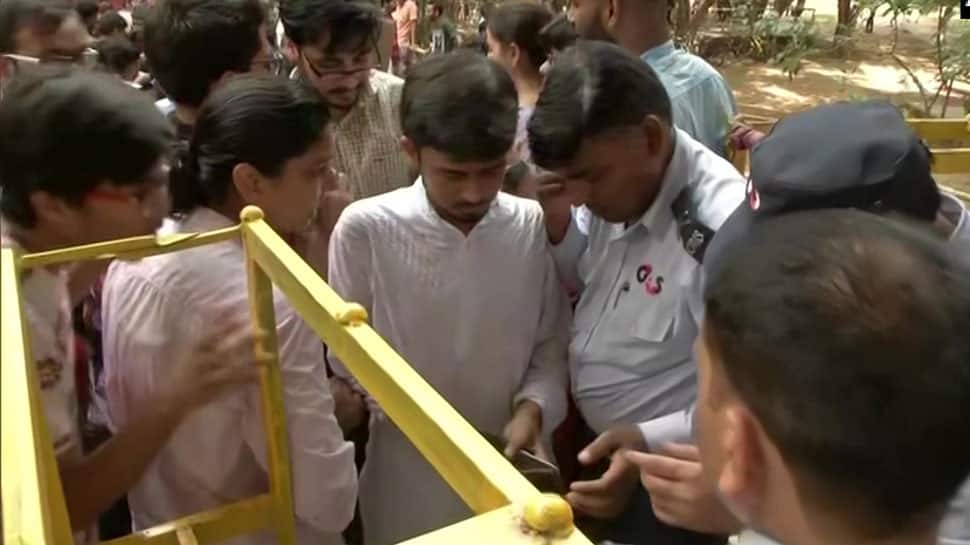 New Delhi: Voting for the Jawaharlal Nehru University Student's Union (JNUSU) elections is underway in Delhi. A total of six candidates are contesting for the president's position out of the 14 total candidates.

The polling is being held in two phases – from 9:30 am to 01:00 pm, and from 2:30 am to 5:30 pm on Friday, September 6. The results for the same are scheduled to be declared on Sunday, September 8. The voting process is being held through ballot paper wherein over 8,000 varsity students will choose their new student representatives.

Akhil Bharatiya Vidhyarthi Parishad (ABVP), backed by the RSS is also be contesting the elections in all the four posts, while the Congress-backed National Student Union of India (NSUI) is contesting for only the president's post.

The final list of candidates contesting in the polls was announced on August 28, the JNUSU election committee had informed in the official notification. This year, JNUSU will have 43 councillors as compared to 31 last year, the poll panel said. The increase in the number of councillors is due to an amendment made to the JNUSU Constitution.