A video showing a cow strolling through a classroom, interrupting studies at Indian Insititute of Technology (IIT) Bombay has gone viral on social media. 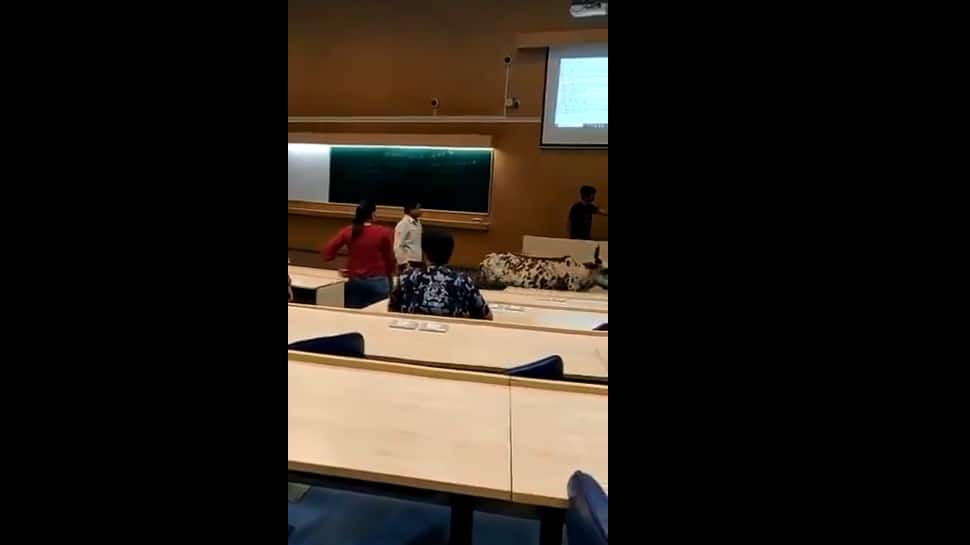 Mumbai: A video showing a cow strolling through a classroom, interrupting studies at Indian Insititute of Technology (IIT) Bombay has gone viral on social media.

In the video, the bovine can be seen casually entering the classroom, and strutting around even as the students scatter in shock and fear. The teacher conducting the session looked utterly perplexed as the cow roamed inside the classroom. Later, the cow was seen walking up the steps in the seating area for the students.

The incident reportedly took place on Saturday in a classroom on the first floor of IIT campus.

Authorities of the institute said they were not sure where exactly on campus the incident occurred. They further said that an inquiry would be initiated in the matter, news agency IANS reported.

IANS quoted students as saying that it was raining heavily when the incident happened, and the cow might have entered the building for shelter, straying into the lecture hall.

Similar incidents of stray cattle creating nuisance have been reported in the past as well. According to reports, a student was attacked by a pair of bulls at the IIT Bombay campus gate around two weeks ago. He claimed that he complained to the district administration regarding the increasing menace of stray cattle but no action was taken.