We know how to fulfil our demands: Chandrababu Naidu warns Centre on Andhra special status issue

Chandrababu Naidu began his day-long fast at the Andhra Bhawan on Monday demanding special status for his state. 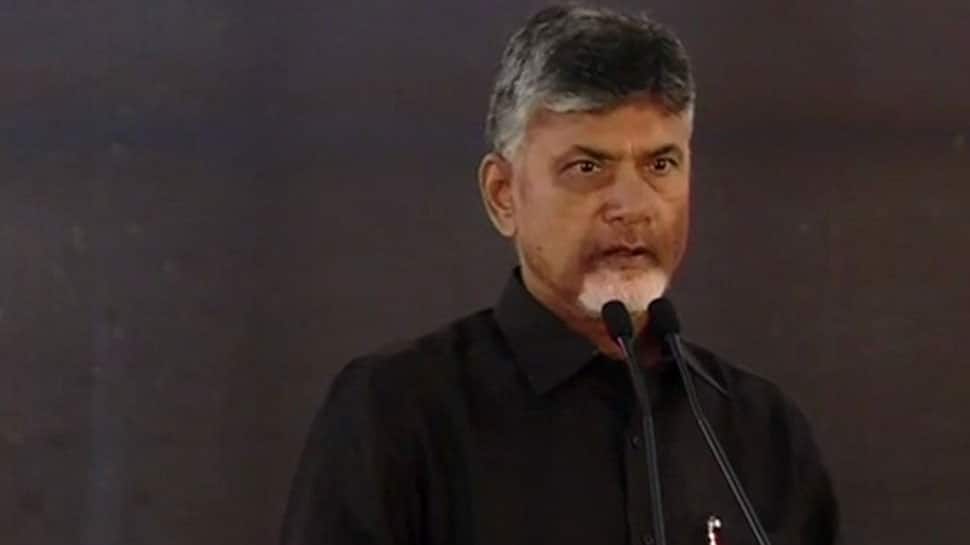 New Delhi: Andhra Pradesh Chief Minister and Telugu Desam Party (TDP) chief N Chandrababu Naidu on Monday warned the Centre and said that if the Modi government does not pay heed to their special category status demand, they know the ways to get their demand fulfilled.

Naidu added that the matter is now about the self-respect of the people of Andhra Pradesh. He went on warning the Central government and also Prime Minister Narendra Modi, asking him to stop attacking an individual.

"If you won't fulfil our demands, we know how to get them fulfilled. This is about the self-respect of people of Andhra Pradesh. Whenever there is an attack on our self-respect, we won't tolerate it. I am warning this government and particularly the Prime Minister to stop attacking an individual," the TDP president said.

Slamming PM Modi's Andhra visit on Sunday, Naidu said, "Today we came here all the way to protest against the central government. Yesterday the Prime Minister visited Andhra Pradesh, Guntur one day before the dharna. What is the need, I am asking."

Chandrababu Naidu began his day-long fast, earlier in the day, at the Andhra Bhawan demanding special status for his state. Ahead of that, the TDP chief paid tribute to Mahatma Gandhi at Rajghat.

Naidu arrived at the Rajghat along with TDP MPs and party workers and then proceeded to the Andhra Bhawan to observe a day-long fast there.

Media reports suggest that Naidu would stage the 'Dharma Porata Deeksha' (a day-long protest for justice) at the Andhra Pradesh Bhavan from 8 am to 8 pm.

The Andhra Pradesh Chief Minister is on the hunger strike along with his ministers, party MLAs, MLCs, and MPs.

As per an official statement, Naidu will also submit a memorandum to President Ram Nath Kovind on Tuesday.