Binapani Devi popularly known as ‘boro ma’ breathed her last at 8.52pm at the state-run SSKM Medical College and Hospital in South Kolkata. 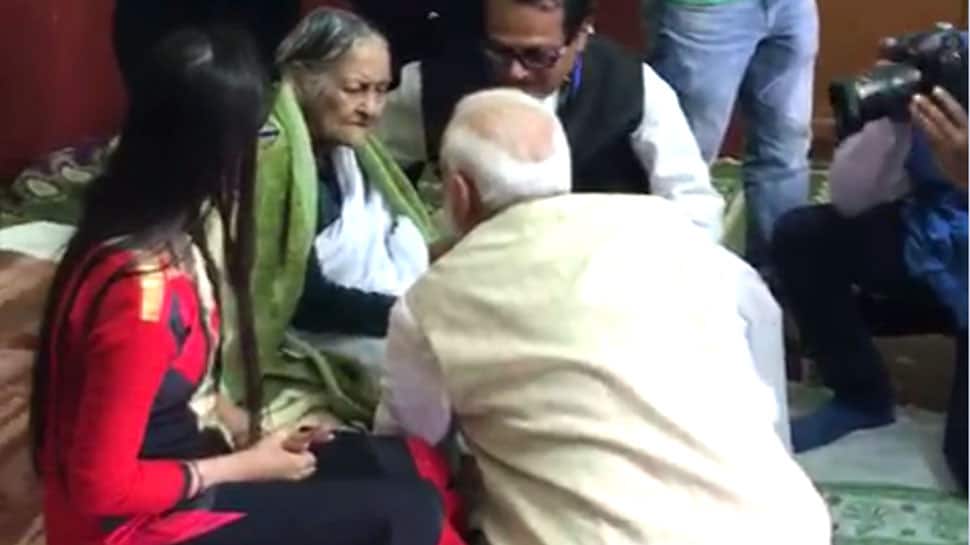 Binapani Devi popularly known as ‘boro ma’ breathed her last at 8.52pm at the state-run SSKM Medical College and Hospital in South Kolkata.

“She breathed her last at 8.52pm. Doctors tried their best but could not retrieve her. Boro ma’s body will be taken out at 8am tomorrow. Her funeral will be held with full state honours and a gun salute will be given to her,” said Banerjee.

She added, “It is a major loss for us and for the Matua community. Her daughter Mamata Bala Thakur was next to boro ma at all times. It is extremely painful for her. We sympathise with the followers of boro ma.”

Earlier in the day, the Chief Minister had visited her at the SSKM after her health deteriorated in afternoon. “I have known boro ma for the last two years. We have always stood by her. Some people are now trying to come close because of political reasons,” added Banerjee.

Binapani Devi was put on ventilation support on Tuesday morning after her condition got extremely critical.

Devi was shifted to the SSKM hospital from a local hospital in Kalyani in Nadia district after she reported fever and breathlessness. Due to acute infection to her lungs, she was referred to SSKM hospital. According to doctors at the SSKM hospital, she was suffering from pneumonia and multi-organ failure. Her last rites will be held at Thakurnagar.

Thakurnagar is a village inhabited by the Matua community who settled from Bangladesh, the erstwhile East Pakistan after a religious reformation movement led by late Harichand Thakur. Thakurnagar falls under the Bongaon constituency and is homw to more than 60% Matua voters.

This vote bank had played an important role in helping Mamata Banerjee win the 2011 assembly polls and become the Chief Minister.