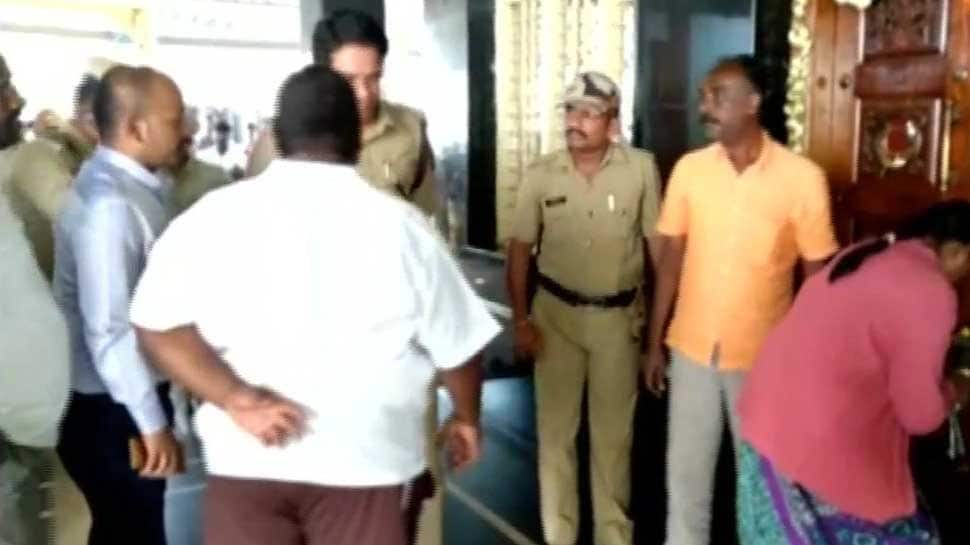 The Karnataka Police on Saturday started an investigation into the incident where a woman died and several fell ill after consuming 'prasad' at a temple in Karnataka.

On Friday night at least nine people, including two children, fell ill after consuming the 'prasad' at Gangamma Temple in Chintamani area of Chikkaballapura district. The district is about 100 km from Bengaluru. Those affected have been hospitalised.

Kavita (22) died, while nine others, including four of her family, were admitted to a hospital Friday after eating the offering.

After consuming it, people started complaining of stomach pain, police said, adding they were rushed to a private hospital in the town.

"The temple management is not involved as nobody had prepared any 'prasad' there. Two women had brought some 'prasad' and were distributing it," police said.

Efforts are on to trace the women who distributed the offering outside the temple, they said.

In December 2018, 17 people lost their lives and more than 100 were hospitalised in Chamarajnagar district of Karnataka after they consumed 'prasad' laced with poison at a temple.

A seer of Salur Math Pattada Immadi Mahadevaswamy and three others were arrested on charges of murder and attempt to murder for reportedly poisoning the temple offering.