RSS activist Sharath Madiwala, who was stabbed by a group of unidentified assailants at Bantwal near here, succumbed to his injuries at a hospital on Friday. 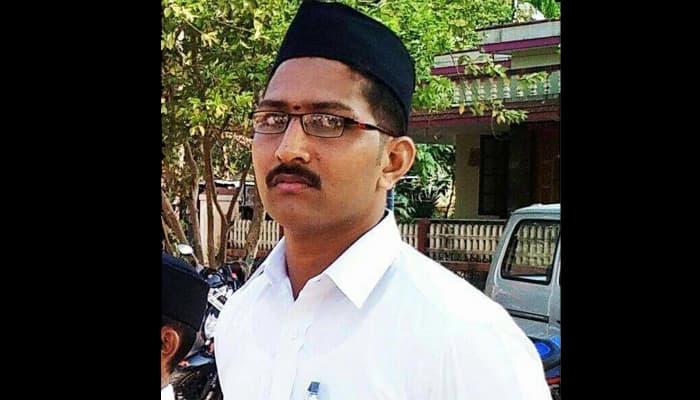 Mangaluru: RSS activist Sharath Madiwala, who was stabbed by a group of unidentified assailants at Bantwal near here, succumbed to his injuries at a hospital on Friday.

Sharath, a resident of Kandur, who runs a laundry service at BC Road, was attacked when he was leaving his shop late evening.

He was rushed to a hospital in a serious condition by the locals who spotted him.

After the attack on the activist, communal clashes broke out in some areas following which prohibitory orders under IPC section 144 were clamped in four talukas of Dakshina Kannada district.

The ban orders will stay in force in four talukas -- Bantwal, Puttur, Belthangady and Sullia -- until July 11.

Earlier today, the police said they were closely watching the actions of Hindu outfits, who were reportedly planning a protest and also frequent incidents of attacks against members of the Hindu community in the district.

The Police said they had been repeatedly warning people not to form crowds, organise meetings and other functions.

However, workers of Hindu outfits numbering over a thousand were seen present at various places along the BC Road this morning.

Police personnel have been deployed all along the town to check untoward incidents.