If voted to power, will lift ban on Jamaat-e-Islami: Mehbooba Mufti

Assuring that her party would correct the 'wrongs' done by BJP, Mufti said that measures that are inclusive, rather than those which alienate people, must be adopted. 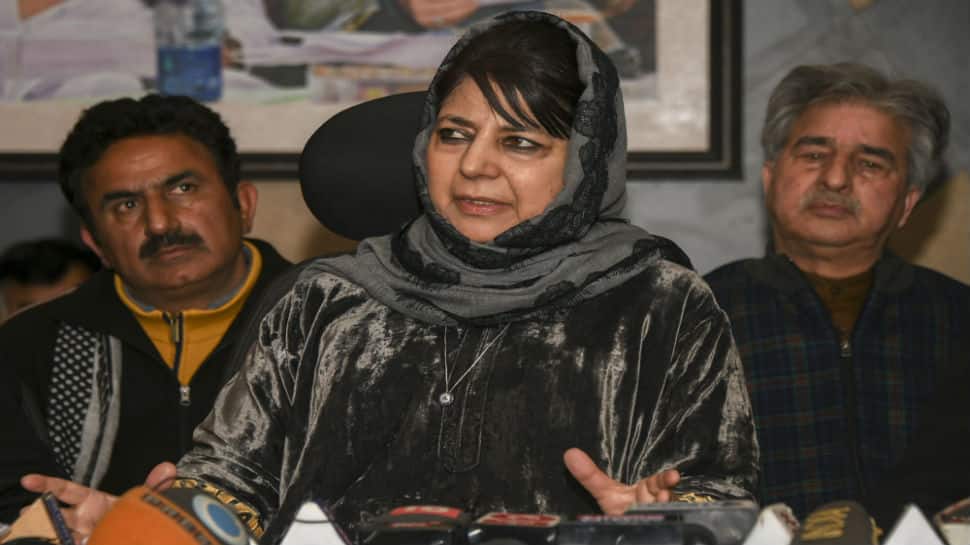 Mehbooba Mufti said on Tuesday that if the Peoples Democratic Party (PDP) is voted to power, she would ensure that the ban on Jamaat-e-Islami (JeI) is lifted immediately.

The Centre had banned JeI for five years earlier this month, declaring it as an ‘unlawful association’ under Section 3 of Unlawful Activities (Prevention) Act, 1967. Mufti, however slammed the BJP-led NDA government in Delhi and vowed to overturn the ban if her party was voted to power. "Recently, it was said that schools and orphanages of Jamaat-e-Islami have to be shut down. When no one came forward to protest against this, the PDP did. If we are voted to power, we will ensure that the ban is lifted," she said while addressing party workers in Baramullah.

Mufti, whose party was in alliance with BJP in the J&K government before the political bonhomie shattered, took on the Centre and accused it of trying to imprison the state. "What will banning Jamaat-e-Islami achieve? Will the problems of our state be solved with such bans?  Turning Jammu and Kashmir into a prison will not solve the state's problems. When I was in power for two years, I ensured that Article 370, Article 35A was intact. I only have the best interest of people here on my mind," she said.

Assuring that her party would correct the 'wrongs' done by BJP, Mufti said that measures that are inclusive, rather than those which alienate people, must be adopted.