The BJP president made the remarks while addressing the Shakti Kendra Pramukh Sammelan in Nizamabad, Telangana. 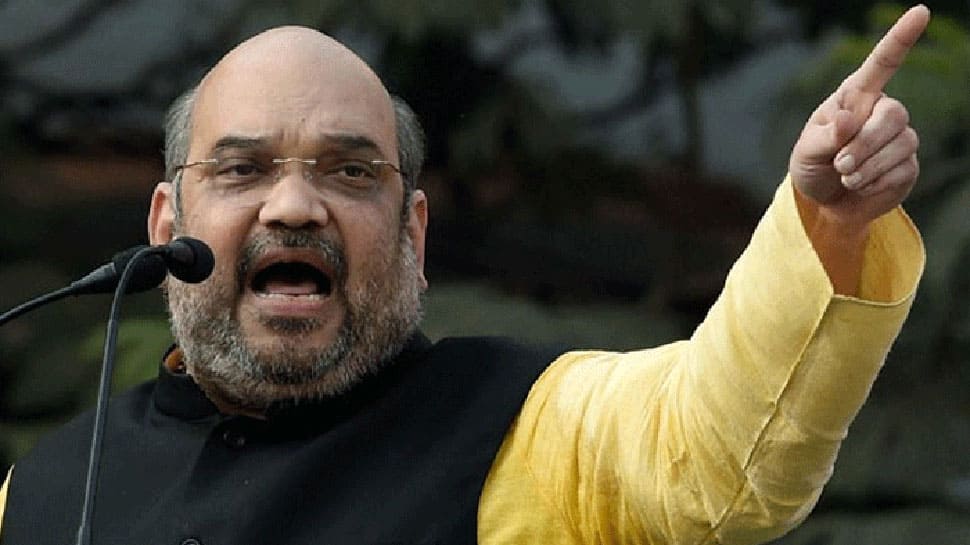 NIZAMABAD: Bharatiya Janata Party (BJP) President Amit Shah on Wednesday hailed Prime Minister Narendra Modi and said that the IAF airstrikes carried out on Jaish-e-Mohammad camp in Pakistan on the 13th day of the terror attack on a CRPF convoy in Pulwama sends a clear message that PM Modi is committed to deal tackle terrorism with an iron hand.

"Prime Minister Modi has told them (armed forces) that if a bullet comes from across the border, reply with a bomb. On the 13th day of the death of our soldiers, our armed forces destroyed three camps of terrorists. For the first time, Pakistan feels that terrorism will be tolerated no more and whatever they do will face retaliation. Pakistan has been forced to arrest and prohibit terrorists and the reason behind it is the political willpower of Prime Minister Narendra Modi," Shah was quoted as saying by ANI.

"The whole world believes that India is safe under the leadership of Prime Minister Modi," he added. The BJP president made the remarks while addressing the Shakti Kendra Pramukh Sammelan in Nizamabad, Telangana.

The senior BJP leader stressed that the grand alliance of Congress and other opposition parties is not capable of keeping the nation safe and they lack the will to take harsh action against terrorists.

Shah also talked about Modi govermment's decision to implement direct cash transfer scheme for farmers and said,  "In the recent budget we have made provision for transferring Rs 6000 directly to the accounts of farmers. But Rahul Baba said that loan waiver must be given instead. For 10 years, there was Congress government (in power), Congress-led UPA government waived off loans worth Rs 53,000 crore of three crore farmers. However, our government is going to provide Rs 7.50 lakh crore to the farmers in 10 years."