Sadhvi has disclosed a total asset worth Rs 4.5 lakh. 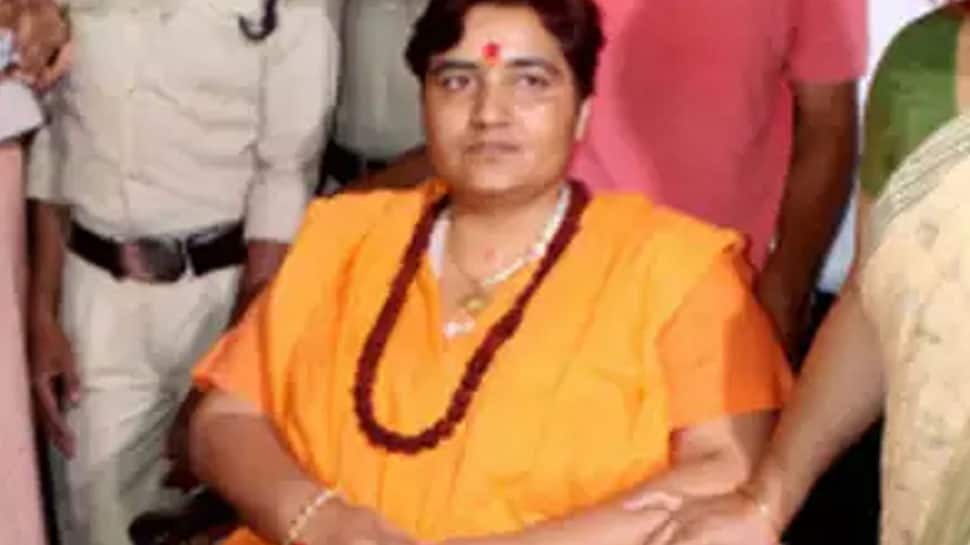 According to her affidavit, filed along with her nomination papers, Sadhvi has disclosed a total asset worth Rs 4.5 lakh. She possesses Rs 90,000 in cash and owns two bank accounts in which she has around Rs 99,800.

Among other assets, Sadhvi Pragya has two silver bowls, one silver plate and a silver-plated brick with Lord Ram engraved on it.

In her affidavit, Sadhvi has mentioned donations and alms from society as a major source of her livelihood.

She holds a BA, MA and BP Ed degrees.

Sadhvi Pragya today filed her nomination papers from Bhopal amid chanting of mantras.

Thakur, an accused in the 2008 Malegaon blast case currently out on bail, filed her nomination based on what she claimed was an "auspicious time" after arriving at the collectorate here with 11 priests who chanted mantras.

The 48-year-old right-wing activist said she would file her papers "formally" Tuesday.

Sitting BJP Member of Parliament from Bhopal Alok Sanjar, who accompanied Thakur, said she will formally complete the nomination process on Tuesday.

Thakur said she chose the time to file her nomination Monday based on "choghadiya", a Hindu Vedic calendar.

The wheelchair-bound Sadhvi, however, had trouble reaching the first floor of the collectorate, where the office of the district returning officer is located, to submit her nomination papers.

The staff at the collectorate struggled to carry the wheelchair, on which Thakur was seated, along with the flight of stairs.

Thakur, making her electoral debut, is pitted against senior Congress leader and former Chief Minister Digvijay Singh. Bhopal, a BJP bastion since 1989, will vote on May 12.

Soon after her candidature was announced from Bhopal, Thakur courted controversy with her remarks on 26/11 martyr and former Maharashtra Anti-Terrorism Squad (ATS) chief Hemant Karkare and later about the demolition of the Babri Masjid in 1992.