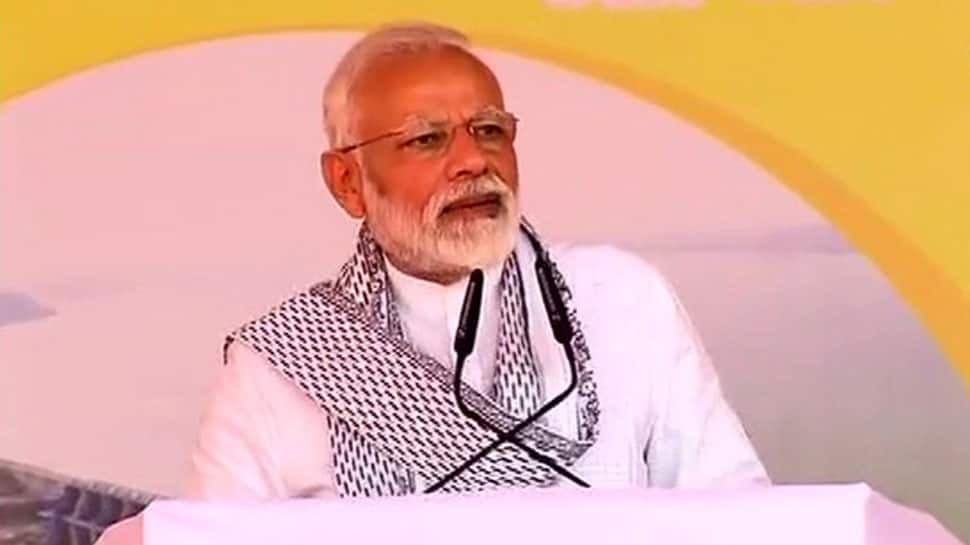 Mumbai: Prime Minister Narendra Modi on Saturday once again strongly condemned the Pulwama attack saying that each drop of tear shed would be avenged. "This is the time of mourning and to show restraint and sensitivity," he added.

PM Modi further said this is a "new India" which will not tolerate those who provide guns and bombs to target security personnel. Pulwama attack was the deadliest strike on security forces in Jammu and Kashmir that claimed lives of at least 40 CRPF jawans.

The Prime Minister, who was speaking at a public function in Maharashtra's Dhule district, also said that his government has worked tirelessly for the welfare of farmers and pointed to the recent announcement of providing Rs 6,000 annually directly into the bank accounts of agriculturalists having less than five acres of land.

Inaugurating several development projects, he said that the projects would allow Dhule to compete with Surat in adjoining Gujarat in the next 30 years.

The prime minister also laid the foundation stone of Dhule-Nardana new rail line and Jalgaon-Manmad third railway line, besides flagging off the Bhusaval-Bandra Khandesh Express through a video link.