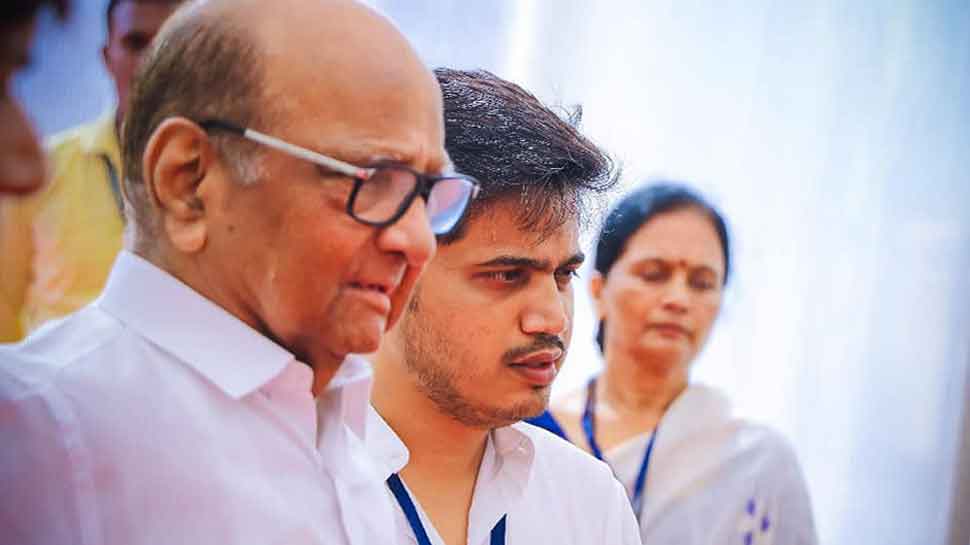 New Delhi: NCP chief Sharad Pawar's grand nephew Sharad Pawar in a Facebook post asked rebel party leader and Deputy CM Ajit Pawar to return to the party and reconcile the political difference. In his post, Rohit also mentioned about the love and care Ajit and Sharad Pawar shared with each other.

"I have seen the love and care between Ajit and Sharad Pawar. This is a political situation and Sharad Pawar, as usual, will handle it politically. I request Ajit Pawar to come back please," Rohit wrote in a post on Facebook. On Saturday,

In a stunning political development, Governor Koshyari on Saturday morning administered the oath of office to Fadnavis as the new Chief Minister of Maharashtra and NCP leader Ajit Pawar as his deputy. Thereafter, the Nationalist Congress Party on Saturday evening sacked rebel legislator Ajit Pawar as NCP Legislature Party chief in Maharashtra and replaced him with its state President Jayant Patil.

A party meeting in which NCP President Sharad Pawar, top leaders and legislators were present, also resolved that all powers of Ajit Pawar to issue a whip and function as the NCP Legislature Party chief have been withdrawn with immediate effect.

The move was objected by the BJP, calling it 'invalid'.

Ajit Pawar was appointed to the coveted post on October 30, a week after the election results were announced on October 24.

At that time, the Bharatiya Janata Party and Shiv Sena were engaged in a bitter tug-of-war over the post of CM, which ultimately led to the collapse of their pre-election alliance, pushing the Sena to explore new political avenues with the Congress-NCP.

The developments within the NCP came barely 12 hours after Ajit Pawar abruptly joined hands with the BJP leader Devendra Fadnavis, which resulted in political mayhem in the state.