The monsoons also progressed into the central and western parts of the country. 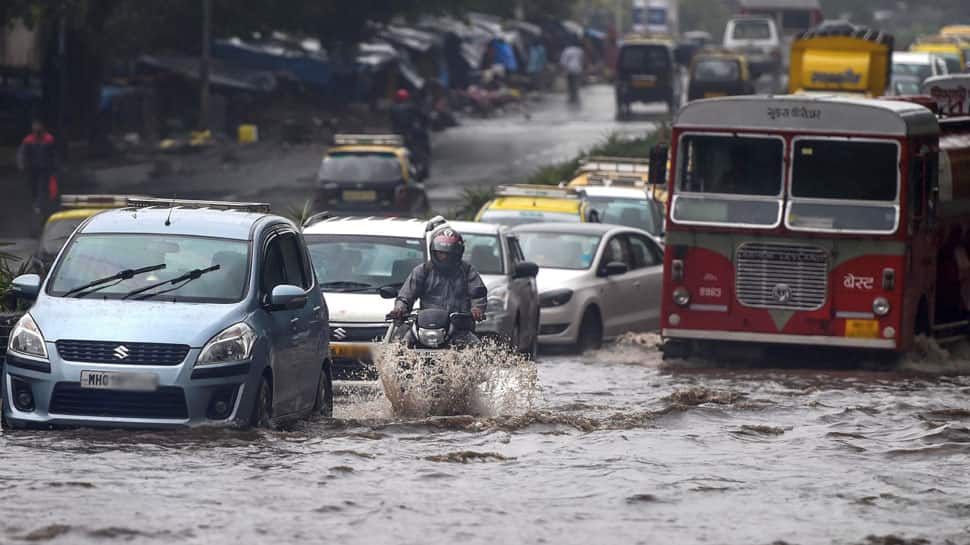 MUMBAI: The much-awaited southwest monsoon finally landed in Mumbai on Tuesday morning, lapping the city in heavy downpour and thunderstorms, bringing relief from the sultry heat. The monsoon is expected to cover the entire state of Maharashtra within 24 hours, said the India Meteorological Department (IMD).

"Central Maharashtra is likely to get widespread rain between June 26-28. Marathwada got widespread rain on Monday but it will reduce partially from Tuesday," an IMD official told PTI. The Monsoon has covered 92 to 93 per cent of the total area in Maharashtra.

Widespread rain is also likely in Konkan and neighbouring Goa.

The monsoons also progressed into the central and western parts of the country this week including Uttar Pradesh and Madhya Pradesh.

Monsoon as also hit eastern and southern parts of Madhya Pradesh and was likely to cover more parts of the state in the next 48 hours, IMD Bhopal Office Duty Officer Gurudutt Mishra told PTI.  Balaghat, Mandla, Chhindwara and Khandwa districts and parts of Jabalpur, Indore and Ujjain divisions in the last 24 hours experienced heavy rains. Rainfall is expected in Ratlam, Jhabua, Alirajpur, Dhar, Barwani, Ujjain, Agar-Malwa and Indore districts in the next 48 hours.

In Uttar Pradesh, rain and thunderstorm is likely in Pratapgarh, Sultanpur, Amethi, Ayodhya, Raebareli districts in the next three hours, said IMD Lucknow.

The southwest monsoon will also hit are Gujarat's Ahmedabad and other adjoining areas in next 48 hours.