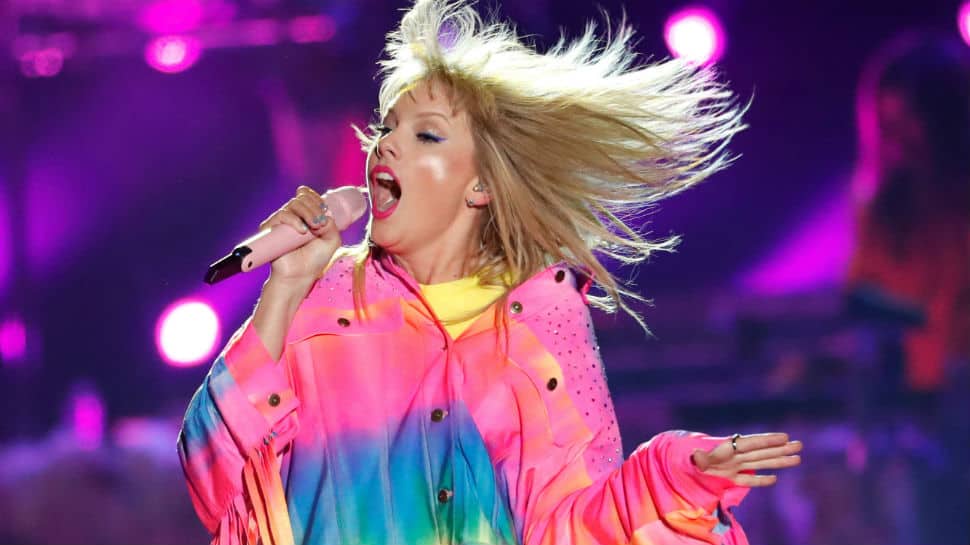 Donning a pastel rainbow-coloured outfit, the pop star reaffirmed her support for the community and told the crowd that you "should be able to live your life the way you want," reported E! News.

"A lot of my songs are about love and I just feel like who you love, how you identify, you should be able to live your life the way you want to live your life and to have the same exact rights as everybody else," she said.

The concert took place a day after she wrote a letter to a Republican senator, asking him to support the Equality Act adding that she rejects President Donald Trump`s "stance" about it.

The 29-year-old singer was previously criticised for not supporting or opposing a candidate in the 2016 election.

"I started this petition and you can find the link on my Instagram," Swift said at Wango Tango.

The singer noted that everyone needs to "stand together."

"It`s for the Equality Act, which basically just says that we want to send a message to our government that we believe that everybody should be treated fairly and equally. If you sign it, it would really mean a lot to me because I think we need to stick up for each other. We need to stand together," she added.

At the event, Swift performed her new hit single `ME!` with singer Brendon Urie, as well as several of her other popular songs including `Blank Space`, `Shake It Off`, `Love Story` and `We Are Never Ever Getting Back Together`.

The Jonas Brothers - Nick, Kevin, and Joe - who recently reunited as a band, also performed at the show, their first Wango Tango event in nearly over a decade. Actor John Stamos introduced them, wearing a band T-shirt and joking that he was the unofficial fourth member called Uncle Jonas. The group opened their performance with their hit song `Burnin` Up`.

Nick`s wife Priyanka Chopra and Kevin`s wife Danielle Jonas were spotted in the crowd cheering for their husbands.

Other performers at the event included Halsey, Yungblud, 5 Seconds of Summer, Zedd, Ally Brooke, and Tyga.

The show took place at the Dignity Health Sports Park in Carson, California and will air on Freeform on June 7.

Cardi B takes shots at media on new song 'Press'