If you drive in Delhi, you should know traffic violation fines

The violators of traffic rules will be punished with heavy fines. 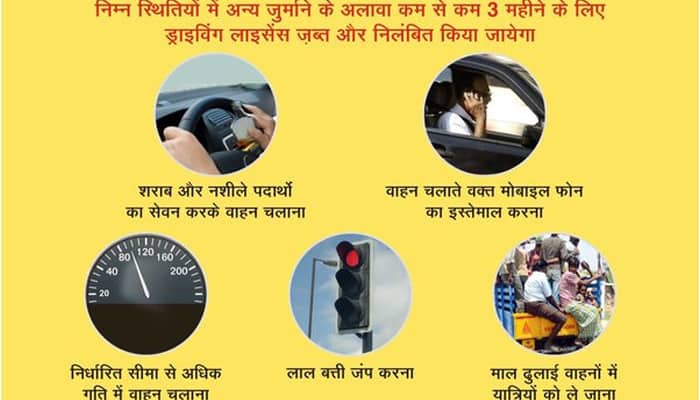 The violators of traffic rules will be punished with heavy fines.

Also Read: Double whammy for Delhiites! You may have to pay auto-rickshaws for traffic jams as well

Here is the information about how much fine will violators incur:

Fines for first offence and subsequent offences in case of over-speeding will be Rs 400 and Rs 1,000 respectively.

The fines for using mobile phone while driving as first and subsequent offence will be Rs 1,000 and Rs 2,000.

Fine for not wearing seat belt and helmet

People not wearing helmet and seat belt will be fined with Rs 100 and Rs 300.

If you are driving with a defective number plate, the fine is Rs 100.

The penalty for red light jumping is Rs 100.

"We are going to implement the recommendations of the Supreme Court's Committee strictly from day one and all the Traffic staff have been readied to handle violators as per the new guidelines," he said.

The senior officers and field staff have been briefed through meetings and a detailed circular about implementation of the new guidelines came into force from this morning.