Pahalgam recorded 14 inches of snow and a drop of two degrees in the night temperature which settled at minus 2.4 degrees Celsius. 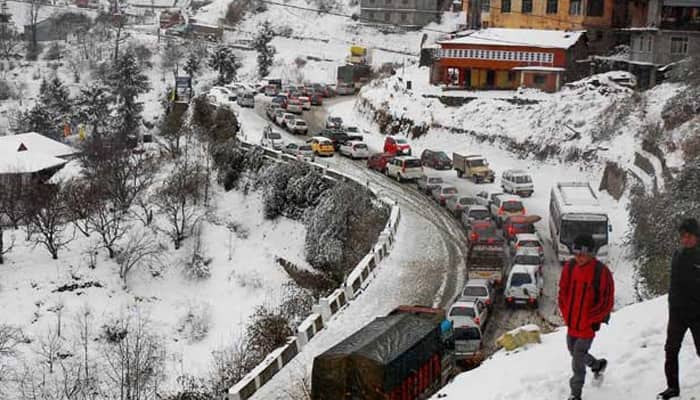 New Delhi: Cold conditions prevailed across North India on Friday with mercury dipping in many parts of the region following snowfall in hilly areas including Kashmir where the authorities issued an avalanche warning for higher reaches.

Mercury dipped marginally in the national capital which witnessed a sunny day. The maximum temperature in Delhi was recorded at 26 degrees Celsius, slightly down from yesterday's 26.8 degrees Celsius.

In Jammu and Kashmir, intermittent snowfall continued in upper reaches of Kashmir Valley even as mercury plummeted by several degrees, intensifying cold wave.

The fresh snowfall prompted the authorities to issue a medium danger avalanche warning for high altitude areas, while snow clearance operation was on to restore snapped road links and provide basic amenities like power and water to the people, officials said.

Reports of intermittent snowfall continued from upper reaches but the plains, including Srinagar which received light snowfall last evening, witnessed improvement in the weather.

A MeT office spokesman in Srinagar said night temperature across Kashmir and Ladakh slipped below the freezing point with the famous ski resort of Gulmarg, which was covered by over one-and-a-half feet of fresh snow, emerging the coldest recorded place in the division at minus 9.6 degrees Celsius.

Pahalgam recorded 14 inches of snow and a drop of two degrees in the night temperature which settled at minus 2.4 degrees Celsius. The 3,880-metre high cave shrine of Amarnath and adjoining hills witnessed heavy snowfall.