In a warning to the RTI applicant, Acharyulu said, "The Commission records its admonition against the appellant for misuse of RTI against the school child and warns him against such misuse in future. 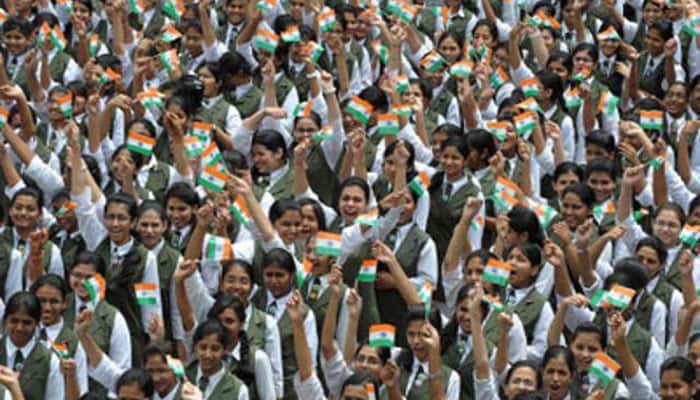 New Delhi: In a stern order, the Central Information Commission (CIC) has said schools and Education Department should not disclose information about children under the RTI Act without consulting their parents.

The Commission admonished the principal of RD Public School and Central Public Information Officer (CPIO) of Directorate of Education (DoE) of Delhi government for disclosing information about a student to his relatives who had a dispute with the student's family.

Information Commissioner Sridhar Acharyulu said the principal of the school himself told the DoE that his school does not come under RTI Act and applicant was involved in a dispute with the school student's family.

"There are several incidents reported that rivals of the parents or quarreling spouses take the child from the school.

Revealing the details of the child might lead to kidnap or murder etc.

"During the stay of child in school, the principal and teachers have a duty of guardian and any negligence on their part might harm the student," Acharyulu said.

The principal apprehended disclosure would cause damage to the boy but still gave documents related to the student, he noted.

"The school should not have furnished the copies of CBSE certificate of the child. Another letter from CBSE given to school granting direct admission to ten students including Nishit Anand was also furnished to appellant," Achayulu said.

The Information Commissioner said the CPIO of DDE gave all this information to RTI applicant Lalit Kapur without applying his mind and not thinking about the security issues that might arise for the boy.

"The Commission directs the CPIO and principal not to disclose personal information of the students to any person, much less to his so called relatives without following the procedure under Section 11 of the RTI Act," he said.

He said it was revealed that CPIO did not follow the mandatory process in Section 11 of the RTI Act to seek opinion of the parents of the child, the third party.

"The request for information is certainly personal in nature and third party information of a minor student and its disclosure may not enhance the welfare of the child. It is interrogative in nature and he is fishing to find basis to embarrass the child or his family not with a good motive and for some unspecified purpose, which is certainly not 'public purpose'," Acharyulu said.

The Commissioner said irrespective of the opinion given by a third party, the CPIO has to decide based on his discretion in public interest to fulfil the objectives of RTI Act.

"The CPIO can refuse to disclose even if the third party has agreed to disclose or provide information," he said.

Acharyulu held that the information exempted under section 8(1)(j) was disclosed because of which the right to privacy of the child and his parents was violated by the principal and CPIO.

"The claim of the public authority that the guardian could not be contacted does not stand, as the correct course of action would have been to refer to the RTI Rules or take legal opinion. The CPIO in not doing so has put the student's safety in jeopardy," he said.

Issuing a show cause notice to the principal and Directorate of Education CPIO, Acharyulu asked why maximum penalty should not be imposed on both of them and disciplinary action be initiated for not complying with the provision of Section 11 of RTI Act and causing breach of the privacy of the child and his parents.

In a warning to the RTI applicant, Acharyulu said, "The Commission records its admonition against the appellant for misuse of RTI against the school child and warns him against such misuse in future.

"His second appeal is extension of abuse and hence rejected. Though the RTI Act has not provided to impose penalty against the RTI applicant, the Commission records its contempt against him and imposes a penalty of Rs 10 to be paid to the principal of the school."

Two with ISIS 'link' detained from Hyderabad, Maharashtra; NIA to get custody