Separatist leaders have called for a complete shut down in the Kashmir Valley on Monday after truck driver Zahid Rasool Bhat, who was being treated for serious burn injuries in Delhi’s Safdarjung Hospital, died yesterday. 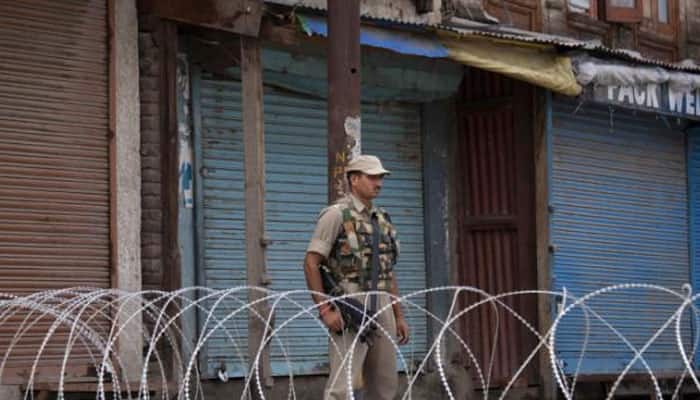 Jammu: Separatist leaders have called for a complete shut down in the Kashmir Valley on Monday after truck driver Zahid Rasool Bhat, who was being treated for serious burn injuries in Delhi’s Safdarjung Hospital, died yesterday.

Taking preventive measures, the state administration has clamped curfew in Srinagar where Bhatt's funeral will be held and other sensitive areas.

Hurriyat chairman Mirwaiz Umar Farooq said the state government was to blame for Bhat’s death as it failed to provide security to the truckers.

Zahid Bhat and another Kashmiri from Anantnag district, Showkat Ahmad Dar, 35, had sustained major injuries when a mob hurled a petrol bomb following beef rumours on their stationary truck at Udhampur on the Jammu-Srinagar highway.

The attack was carried out in Jammu’s Udhampur after rumours that three cows were killed in the area. Zahid and his helper, Showkat, who were on their way to Srinagar, had to be moved to Delhi for treatment.

Meanwhile, the former chief minister of Jammu and Kashmir, Omar Abdullah, slammed Prime Minister Modi reminding him how he had passed the buck to Uttar Pradesh government for the Dadri lynching. He asked if the PM would like to blame the J&K government, run by BJP and PDP.

Abdullah also took the BJP’s deputy chief minister, Nirml Singh, to task for his comments that ‘An attempt by certain elements to vitiate atmosphere, they should re think on that.’

“How about condemning the murder, condoling the death & then presuming to lecture us about elements who vitiate,” he tweeted.

The state’s Chief Minister, Mufti Muhammad Sayeed, meanwhile said that the incident had left him shocked promising to take stringent action against the perpetrators of this crime.

In his condolence message, he said, “I have no words to condemn the dastardly act which consumed the life of a poor and innocent young boy for no fault of his. One more precious life has been lost to the politics of hate and intolerance that is posing a grave challenge to the state and country s plurality.”

Sayeed had visited them at the hospital three days back.

Meanwhile, the body of Bhat was flown from Delhi to Kashmir on Sunday evening in a state-owned aircraft.

“Ghulam Rasool Bhat, the elder brother of Zahid, also came from Delhi in the same plane,” the officer said.

A large contingent of police and paramilitary forces formed part of the convoy in which the body was taken to Batango village in Anantnag district, where the burial would take place, the officer said.

A large number of people gathered on the highway from Bijbehara town onwards to Batango village, 52 km from Srinagar city.

The Jammu-Kashmir highway is the most strategic road link between the Kashmir Valley and the rest of India.

As news of the death in Delhi spread on Sunday, mobs took to the streets in the southern district of Anantnag in the Kashmir Valley and blocked the Jammu-Srinagar highway by burning tyres.

They also pelted stones at security personnel who tried to disperse them with tear gas, triggering street battles.

Udhampur District Magistrate Shahid Chowdhary on Sunday said that murder charges had been added to the FIR against the five attackers arrested earlier. They were first accused of rioting and stoking communal passion.

In the wake of the bandh call, the first convocation of Islamic University of Science and Technology (Awantipora) scheduled for Monday was postponed.

All exams of Kashmir University and state board of school education scheduled for Monday were also postponed.