Odisha Special Relief Commissioner Bishnupada Sethi asserted that though the cyclone period is over, it caused great devastation in Puri, Bhubaneswar and other places in the state. 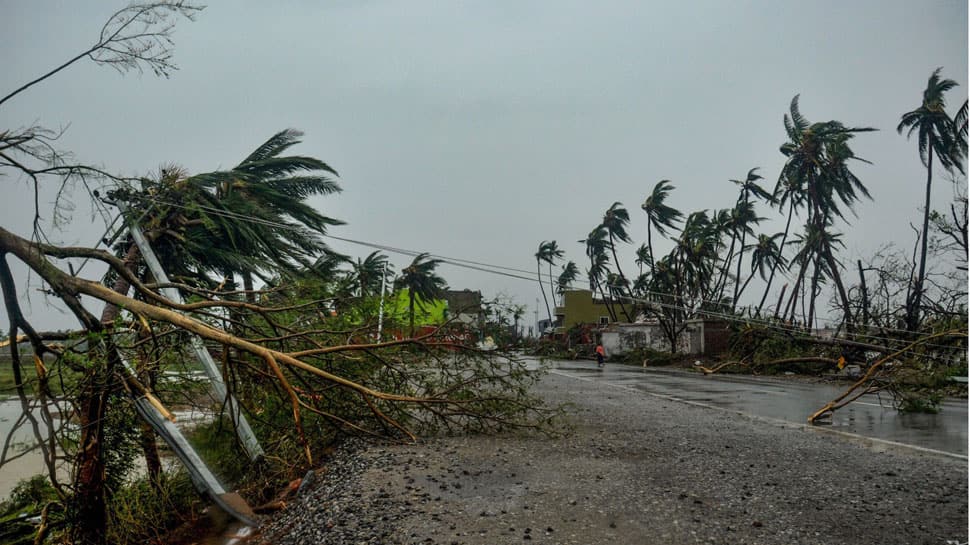 A day after Cyclone Fani wreaked havoc in Odisha, the Special Relief Commissioner on Saturday provided the details of the destruction that killed at least 15 people in the state, as reported by news agency ANI.

Odisha Special Relief Commissioner Bishnupada Sethi asserted that though the cyclone period is over, it caused great devastation in Puri, Bhubaneswar and other places in the state. He also said several people were also injured, vegetation, livestock, houses, mobile and telecommunication were affected, adding there was a loss of road connectivity too, reported ANI.

He further added that the hospital services have been functioning well. 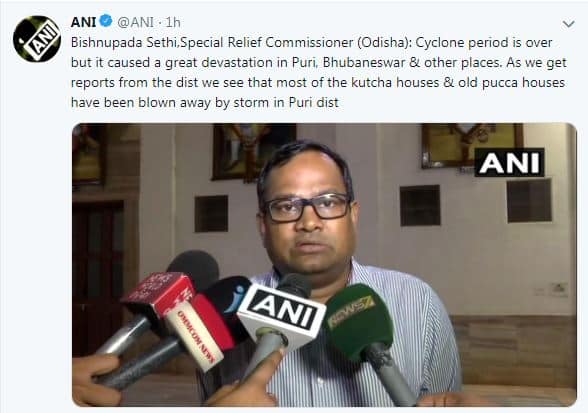 Sethi announced that those in relief centres, having damaged houses, can stay there for 15 days more.

"Cyclone period is over but it caused great devastation in Puri, Bhubaneswar & other places. As we get reports from the dist we see that most of the kutcha houses & old pucca houses have been blown away by storm in Puri district. Rabi crops, horticulture orchards, coconut trees have been destroyed. There has been a great loss of livestock & other assets of people. Certain no.of people have been injured & are treatment in Puri. The high transmission line, LT lines have been damaged," said Sethi.

"Mobile and telecommunication have been disrupted to a great extent. There was loss of road connectivity for some time, it has been restored in full now. The hospital services have been functioning well. We are also getting support from all corners," added Sethi.

Bishnupada Sethi,Special Relief Commissioner (Odisha): Cyclone period is over but it caused a great devastation in Puri, Bhubaneswar & other places. As we get reports from the dist we see that most of the kutcha houses & old pucca houses have been blown away by storm in Puri dist pic.twitter.com/0IYe74jv5O

"We have taken up the matter of restoration of telecommunication with Centre and it's being done. We have instructed Dist Collectors that whoever is in Relief Centers & would like to continue there due to damage to houses, can continue there for 15 days," further added Sethi.

The extremely severe cyclonic storm, that made landfall at Puri on Friday, was one of the "rarest of the rare" summer cyclones -- the first to hit Odisha in 43 years and one of the three to hit in the last 150 years. It unleashed copious rain and windstorm that gusted up to 240 kmph, blowing away thatched houses and swamping towns and villages, before weakening and entering into West Bengal.

It was the severest cyclone to hit the state since the Super Cyclone of 1999, which had claimed nearly 10,000 lives and devastated vast areas of the state.

Prime Minister Narendra Modi is likely to visit Odisha. He spoke to Chief Minister Naveen Patnaik and assured continuous support from the Centre.

The pilgrim town of Puri was the worst hit, equally devastated was capital Bhubaneswar and neighbouring Cuttack city which plunged into darkness since Friday with the collapse of the power infrastructure.

Railways will resume train services from Bhubaneswar on Sunday