The other Super Rugby match in New Zealand this weekend, between the Waikato Chiefs and Wellington Hurricanes in Hamilton on Friday, went ahead with a minute`s silence observed before kickoff. 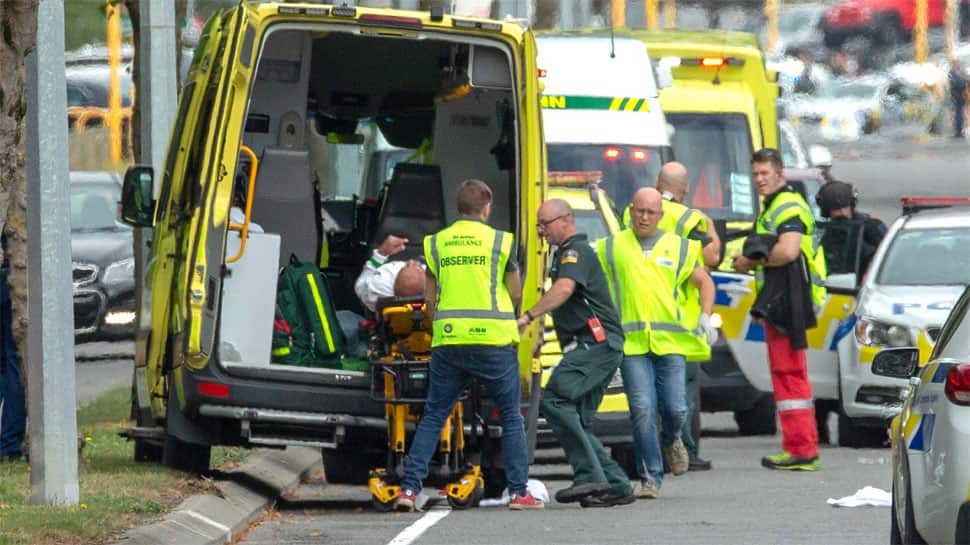 A Super Rugby match between the Otago Highlanders and Canterbury Crusaders scheduled for Saturday has been cancelled after a mass shooting at two mosques in Christchurch on Friday killed 49 people.

New Zealand Rugby said that the decision to cancel the match in Dunedin, some 360 kilometres south of Christchurch, had been made after consultation with both teams, police and local authorities.

The nine-times Super Rugby champions Crusaders are based in Christchurch.

"Advice from police and venue management was that the fixture could go ahead. However, with strong agreement from both teams we have made the final call not to proceed as a mark of respect for the events that have occurred in Christchurch," New Zealand Rugby`s Nigel Cass said in a statement.

Police have said that 41 people were killed at the mosque, while seven others died at the Linwood mosque. One more died in hospital later.

"All other issues and considerations pale in significance. We will now regroup and make arrangements for the team to return home as soon as possible to be back in their community and with their families."

Highlanders chief Roger Clark said while the South Island derby was the most high-profile of their regular season home games, the decision was correct.

"This is always the biggest fixture on our match calendar and one which our fans look forward to," said Clark, who would have been expecting a crowd of some 20,000."

"But when we think about the massive loss of life and absolute devastation that has been wreaked on people in Christchurch, we feel this is the right decision."

The third cricket test between New Zealand and Bangladesh, scheduled to begin in Christchurch on Saturday, was called off on Friday.

Members of the Bangladesh team narrowly avoided being caught up in the shooting at the Al Noor mosque when they arrived for Friday prayers.

It is the second time in the last decade that a Crusaders match in Super Rugby has been cancelled.

Their clash with the Wellington Hurricanes in February 2011 was scratched after the devastating earthquake that flattened much of central Christchurch and killed almost 200 people.

That match was deemed a draw and both teams awarded two points by governing body SANZAAR, who said the same rules applied for Saturday`s game.

"SANZAAR policy states that in the event of a match cancellation due to force majeure, the match will be officially declared a draw and both teams will receive two competition points," it said in a statement.

SANZAAR Chairman Brent Impey added that the decision had not been taken lightly.

"(We have) taken the necessary step to cancel the scheduled fixture as a mark of respect for the events that have occurred in Christchurch and in the best interests of the welfare of the players and staff of the Highlanders and Crusaders," Impey said.

The other Super Rugby match in New Zealand this weekend, between the Waikato Chiefs and Wellington Hurricanes in Hamilton on Friday, went ahead with a minute`s silence observed before kickoff.