Achint Kaur: #MeToo being misused in film and TV industry

Achint made this observation while addressing the session "Unstoppable Achint" on the concluding day of Woman Up! Summit. 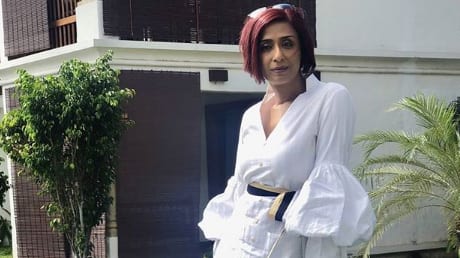 Jaipur: The #MeToo Movement is being misused by women in the film and television industry to gain publicity, feels actor Achint Kaur. She adds that women who have actually faced harassment have not spoken about out because they do not want to upset their parents or children.

Achint made this observation while addressing the session "Unstoppable Achint" on the concluding day of Woman Up! Summit.

She pointed out banks and corporates have internal laws that embolden women to report of any misbehaviour within a year of the incident, and that was the right way to go about it.

Achint was in conversation with actor-producer Vani Tripathi Tikoo, who is also the youngest member of Central Board of Film Certification.

Sharing her life's journey from Meerut to Mumbai, Achint said that having been raised by a single mother, she was now herself a single mother of a 26-year-old son.

She added that she was brought up with the mindset of being able to do anything alone. Known best for her role of an antagonist in the popular daily soap "Kyuki Saas Bhi Kabhi Bahu Thi", Achint said the industry caters to the audience and produces what people watch.

She pointed out that with the advent of multiplexes and web series, the audience has become more aware now, and to become a successful actor one needs to work hard and practice, because just having a good face is not enough.

Bollywood personalities apart, there were several interesting sessions by eminent speakers from varied industries including hospitality, healthcare, and NGO. The participants also engaged in realtime engagement in a mentoring session by Bhavna Toor on 'Living and Leading with Balance'.

There was also a storytelling performance of Ismat Chugtai's short story "Chui Mui" by actress Shashwita Sharma. Also on the occasion, founder, curator and producer of the Woman Up! Summit, Mita Kapur delivered a vote of thanks.

The three-day summit was held at Hotel Grand Uniara and organised by Siyahi.