Aishwarya Rai Bachchan's pic with Jaya Bachchan and Aaradhya is too cute to miss!

Jaya Bachchan made her debut into showbiz world with classic filmmaker Satyajit Ray's 'Mahanagar' in 1963. 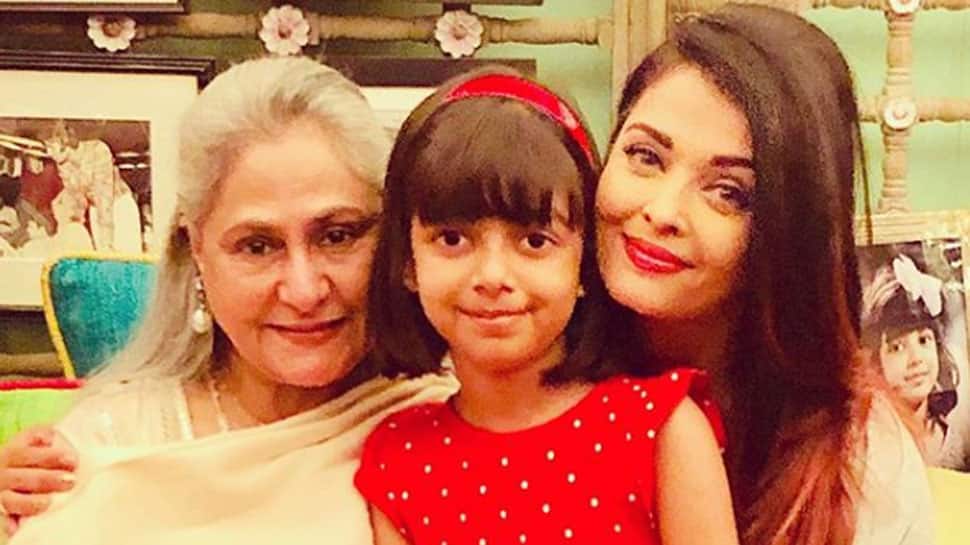 New Delhi: Veteran actress Jaya Bachchan celebrated her 71st birthday on April 9 and she was showered with wishes from fans and family. Daughter Shweta Bachchan Nanda and son Abhishek shared their pictures with mommy darling melting a few hearts.

Bachchan bahu Aishwarya Rai too posted a picture with mom-in-law and daughter Aaradhya. The photo is too cute for words. Check it out here:

A post shared by AishwaryaRaiBachchan (@aishwaryaraibachchan_arb) on Apr 9, 2019 at 11:12am PDT

Jaya Bachchan made her debut into showbiz world with classic filmmaker Satyajit Ray's 'Mahanagar' in 1963. She then played the lead role in Hrishikesh Mukherjee's 'Guddi' which released in 1971. The realistic portrayal of roles won her accolades and several honours.

Her powerful performances in movies such as Uphaar, Koshish, Kora Kagaz, Zanjeer, Abhimaan, Chupke Chupke, Mili, Anamika and Sholay amongst many others got her name and fame.

She won as many as nine Filmfare Awards, including three for Best Actress and three for Best Supporting Actress. This fete which makes her the most-awarded female actor along with Nutan. She was honoured with the Filmfare Lifetime Achievement Award in 2007 and in 1992, she was awarded the Padma Shri.

In 1973, the actress got married to megastar Amitabh Bachchan and went on to become the power couple of Bollywood.

She was last seen on-screen in R Balki's 'Ki & Ka' alongside Big B.