The pic is from Mukesh Bhatt's daughter Sakshi Bhatt's wedding. 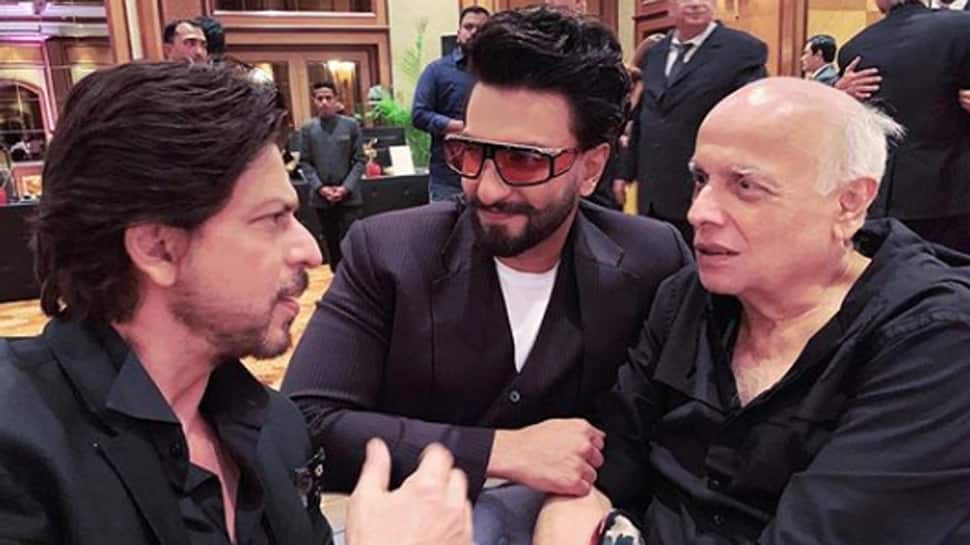 New Delhi: Bollywood actress Alia Bhatt is an avid social media user and her latest post has taken the internet by storm. Nope, it isn't a cutesy click with her beau Ranbir Kapoor. The post is of ace filmmaker Mahesh Bhatt with superstar Shah Rukh Khan and Bollywood's 'Powerhouse of Talent' Ranveer Singh in a candid click!

Alia captioned the pic as, “my boys” and it has received more than a million likes so far.

The pic is from Mukesh Bhatt's daughter Sakshi Bhatt's wedding. Sakshi got married to her beau Mazahir in a private wedding ceremony on Friday in Mumbai.  The reception was attended by several A-list celebs including Amitabh-Jaya Bachchan, Bipasha Basu-Karan Singh Grover, Hrithik Roshan, Ranveer Singh, Anil Kapoor, Akshay Kumar, Rajkummar Rao-Patralekhaa among others.

On the work front, Alia will be seen with Ranveer in Zoya Akhtar's 'Gully Boy'. The film is slated to release on Valentine's Day this year and is high on the buzzword. The trailer of 'Gully Boy' has left fans excited for the release.

Alia will also work with her father, Mahesh in his directorial comeback 'Sadak 2'. The film was announced on the latter's birthday last year, leaving fans elated.

Coming to SRK, the superstar is reportedly all set to begin shooting for Farhan Akhtar's 'Don 3'. He also has another film, titled 'Salute' in his kitty.