Ananya Pandey shuts down rumours of love triangle between her, Kartik Aaryan and Sara Ali Khan

The 'SOTY 2' actress is working with Kartik in the remake of 'Pati, Patni Aur Woh'. 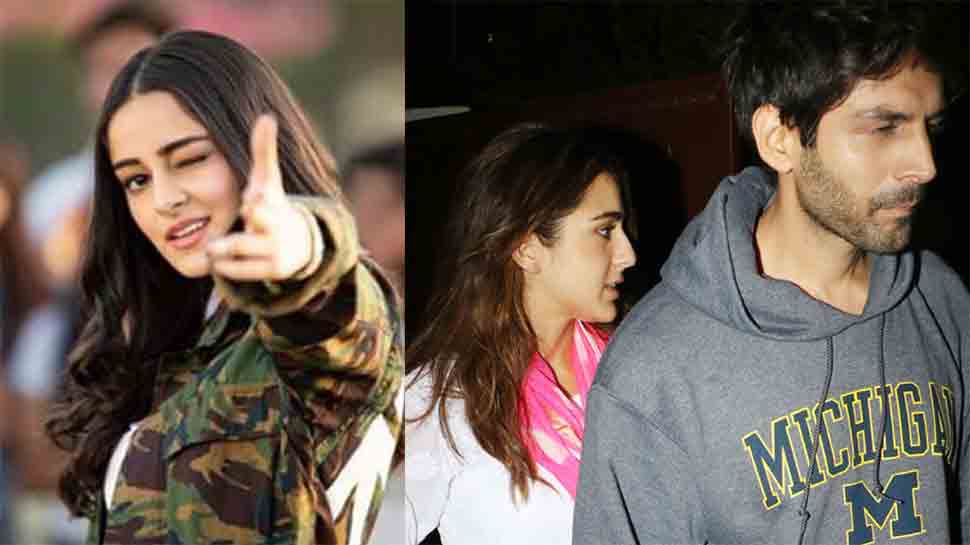 New Delhi: Ananya Pandey, who marked her debut in Bollywood with Punit Malhotra's 'Student Of The Year 2' starring Tiger Shroff and Tara Sutaria, has been making headlines for her alleged relationship with youth sensation Kartik Aaryan.

In an interview with Mumbai Mirror, Ananya accepted having a huge crush on Kartik and said that she finds him 'cute'. She also said that she considers herself lucky to get a chance to work with the Bollywood heartthrob.

The duo was first snapped together on a dinner date at a Bandra restaurant a few months ago, leading to speculation of them being an item. Kartik was also seen giving a shout-out to Ananya on the release of her film 'Student Of The Year 2'.

It was the same time when Sara Ali Khan expressed on national television that she would love to go on a date with 'Sonu Ke Titu Ki Sweety' star Kartik. Since then, the trio has continued to fuel romance rumours.

Now, according to a TOI report, Ananya, in a recent interview, has dismissed reports of a love triangle between them saying she is only 20-year-old and at her age it is pretty normal to have a crush. She also said that she has been pretty open about her feelings and the people she has crushes on. The 'SOTY 2' actress also said that she is saving all the love triangles for her film and do not want them in real life.

On the work front, Ananya will next be seen in the remake of 'Pati, Patni Aur Woh' opposite Kartik Aaryan. The film will also star Bhumi Pednekar in a key role. It will be helmed by Madassir Aziz and will be released by the end of the year.

Kartik will also be teaming up with Sara in Imtiaz Ali's upcoming film, which is said to be a remake of the 2009 film 'Love Aaj Kal'.