The lovebirds went for a simple and private affair away from the maddening crowd. 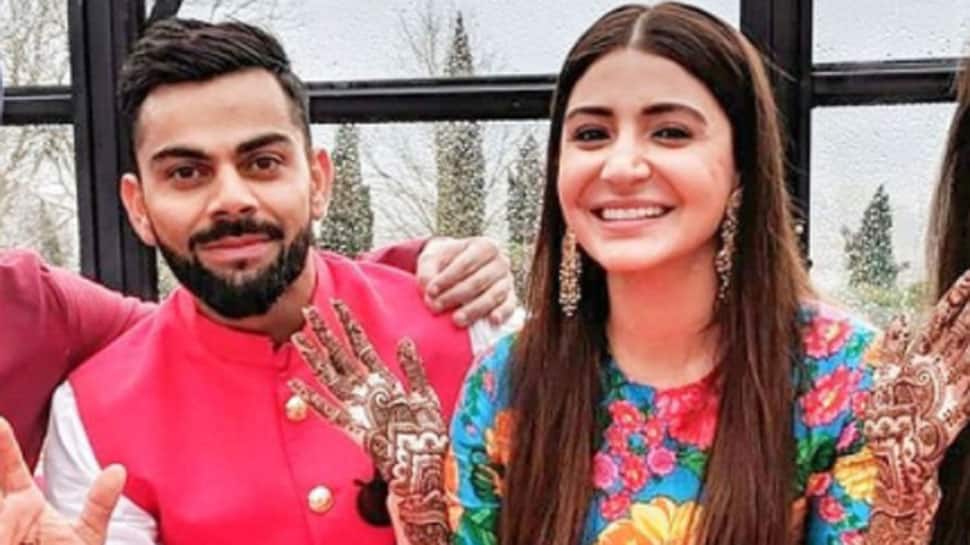 New Delhi: The power couple of Virat Kohli and Anushka Sharma got married at the gorgeous locales of Tuscany, Italy on December 11, 2017. The duo kept their moment a private affair with just family and close friends (read non-filmy ones) in attendance.

Now, the duo is off on their honeymoon and guess what? Anushka took to her Facebook page and shared the first picture from the snow-capped mountains that set the backdrop of the photo worth framing.

Although she has not revealed the destination but her caption says it all, “In heaven, literally”. From the looks of it, the wintery feel makes us wonder if it's Switzerland where the newly-wed couple has headed to. However, several reports speculate that the couple might actually be chilling in Rome.

Virushka wedding pictures already sent the internet into a tizzy and this first photo from their honeymoon is surely going to break the social media. We help but spot the gorgeous glittering diamond shining on Anushka's finger.

On their wedding, the duo looked simply ethereal and pristine in their wedding attire by ace designer Sabyasachi Mukherjee. It looked like a fairytale romance finally sealing their love with a stamp of marriage.

Anushka and Virat will be hosting a reception in New Delhi on December 21 and a grand gala affair in Mumbai for industry bigwigs and cricketers on December 26.