The 72 Cannes Film Festival which commenced on May 14 was attended by Priyanka, Deepika Padukone, Kangana Ranaut, Huma, Diana and Hina. 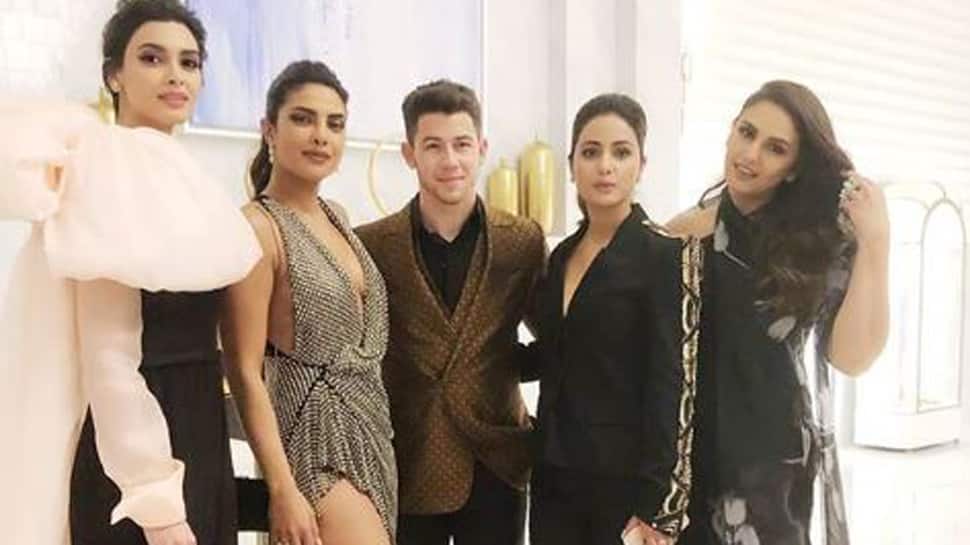 New Delhi: The Cannes Film Festival 2019 was graced by the Indian beauties Priyanka Chopra, Hina Khan, Diana Penty and Huma Qureshi. The actresses posed together for a picture at Vanity Fair party,

Hina also shared the picture and wrote that her dreams have come true. “#AboutLastNight @chopard Party.. I have a lot to post, lot to write but for now all I can say is dreams do come true,” she wrote with the picture."

In the picture, Diana can be seen in a black dress,  Priyanka can in a short dress, Nick pulls off a shiny brown jacket paired with black pants, Hina is seen in a black suit while Huma stuns in a black floral dress

Hina is the only television actress to make her debut at French Riviera.

The 72 Cannes Film Festival which commenced on May 14 was attended by Priyanka, Deepika Padukone, Kangana Ranaut, Huma, Diana and Hina.

Aishwarya Rai Bachchan and Sonam Kapoor have reached Cannes. The festival will continue till May 25.

Madonna hits back over Eurovision criticism