Everything changes with a Friday: Tamannaah Bhatia

The actor says now her endeavour is to challenge herself with projects and characters she has not done before, such as her latest, Hindi thriller "Khamoshi", in which she plays a deaf and mute girl. 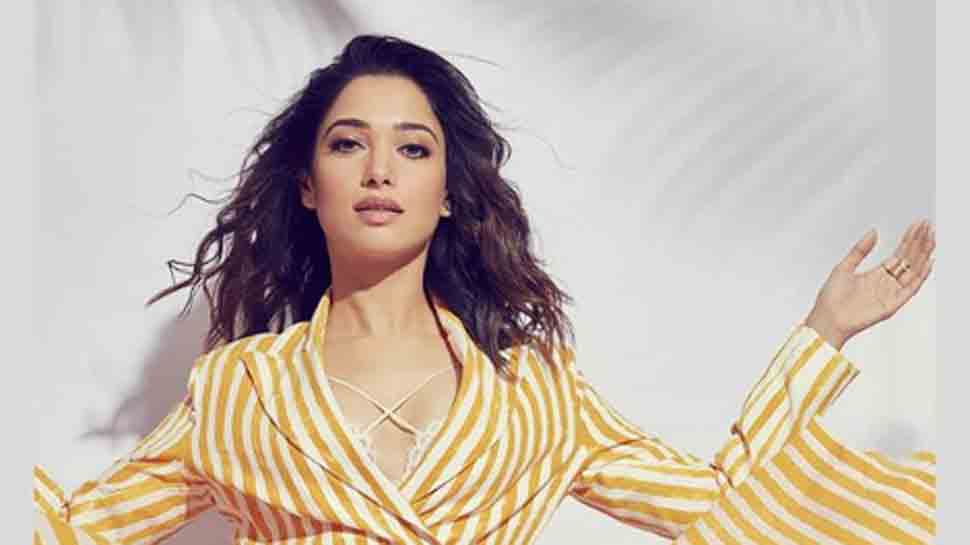 Mumbai: Making her screen debut at the age of 15 and becoming a star in the south film industry before finding space in Hindi cinema which prepared Tamannaah Bhatia about the fickle nature of fame.
Born and raised in Mumbai, the actor made her debut with the 2005 Telugu film "Sri", followed by her Tamil film "Kedi". She achieved success two years later, with "Happy Days" and "Kalloori".
"I grew up really fast. I was a sorted and mature individual at that age. I had a strong will to be an actor.
"I set out to become an actor, ended up being a heroine. I've realised stardom is beyond you, it isn't something you can control. With the kind of extremely loyal fans I have from the south, I feel lucky," she told PTI.
Being driven as a teenager, Tamannaah learned Tamil and Telugu.
"I don't know if I'll be able to learn two new languages today but when I was 15, I was keen on learning Tamil and Telugu. I would refuse to take prompting on the sets and insisted I learn the language."
Navigating an industry almost alien to her made Tamannaah realise the uncertainty of the business.
"It gives me a big reality check that our lives are very much Friday-to-Friday, everything changes with it. Some Fridays are good, some not. But the whole idea is to go to another Friday. To keep going."
The actor continued to feature in hit films like "Ayan", "Paiyaa", "Siruthai", "100% Love" and the blockbuster franchise "Baahubali" but at the risk of being stereotyped as the bubbly girl-next-door.
"I have had meaty roles even in the so-called male-centric films, where a girl is supposed to come, run around the trees and go away. Some of my memorable films are those, where I had song and dance but also a very strong part to play.
"If you have a stronger part in a commercial film, it has a wider reach. 'Baahubali' was a war film and to get so much space in a film like that was huge. That's more important for me than doing so-called heroine-centric films," she adds.
At her peak, the 29-year-old actor turned towards Bollywood with films like "Himmatwala", "Entertainment" and "Humshakals". All three bombed at the box office.
"Theoretically, they were the hugest films for that time. But they were not good films. They didn't do well for legit reasons. Thereafter, I only tried to do films which were exciting to me. I didn't try to do a Hindi film just because I wanted to do one."
The actor says now her endeavour is to challenge herself with projects and characters she has not done before, such as her latest, Hindi thriller "Khamoshi", in which she plays a deaf and mute girl.
"These roles are a natural progression of who I am. Earlier, I had a certain view of cinema to what I was exposed to. Now, I am exposed to cinema from all around the world and have been an actor for these many years. I feel there's so much more to do."
Directed by Chakri Toleti, "Khamoshi" also features Prabhu Dheva and is scheduled to be released on Friday.

Nation can only develop when there is gender equality: Shabana Azmi