Priyanka Chopra grabbed eyeballs in her sheer dress from Dior at Met Gala 2019. 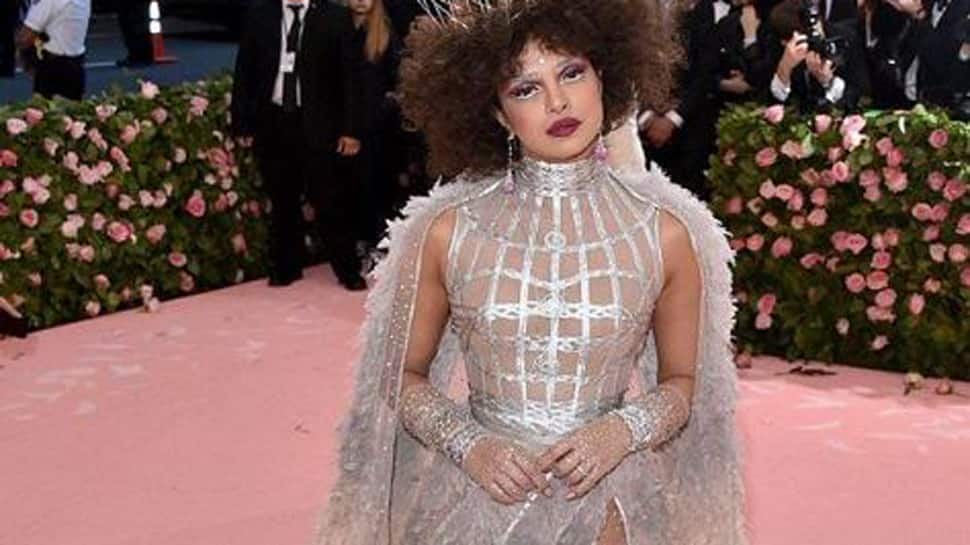 New Delhi: Bollywood's 'Desi Girl' Priyanka Chopra grabbed eyeballs in her sheer dress from Dior at the Met Gala 2019. The event was held at Metropolitan Museum of Art's Costume Institute, New York and had celebs walking the 'Pink' carpet in their dramatic outfit.

Pee Cee's look from the event went viral and received all kinds of responses. While some trolled her for her look, others were awe-struck by how well it was in sync with the theme of the event which was 'Camp: Notes on Fashion'.

Priyanka wore a haute couture dress from Dior along with a quirky hairdo. Her towering crown and silver-frosted brows added to the dramatic element of the entire outfit.

As per a Bollywoodlife.com report, the actress's mom Dr Madhu Chopra was asked about her reaction to her daughter's look during a media interaction. She said, "Itni door se kya reaction hoga, mere saamne hoti to jhappi lagati, bhut sunder lag rahi thi bhut special lag rahi thi (If she would have been here I would have hugged her, she was looking very beautiful and special)."

Sweet, right? That is how a mother's love is!