On the professional front, she ventured into music videos and made her debut with 'Bhasoodi'. 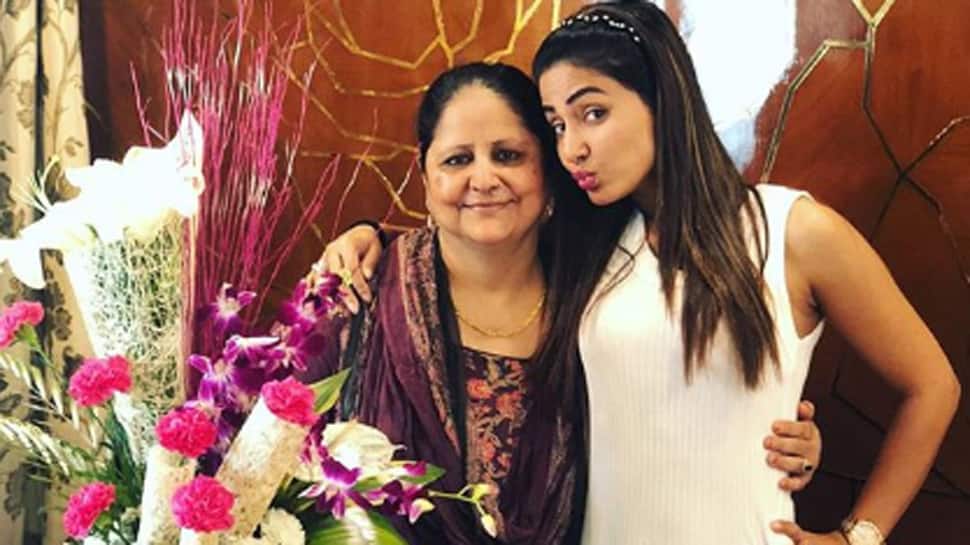 New Delhi: Popular television actress Hina Khan recently took to her social media handle and shared an adorable picture with her mother. She wished her mom a happy birthday and the picture was pure love. The Kashmiri beauty has a massive fan army on social media and she likes to keep her followers updated about all the latest happenings in life.

Besides sharing updates about her project and regularly interacting with her fans by going live, the actress, who is quite a fitness enthusiast also shares her work out videos and pictures.

Hina was recently honoured with the 'Style Diva' in the television industry award at the Gold Awards 2018 ceremony held in Mumbai. On the professional front, the actress will next be seen in a short film titled 'Smart Phone' where she will play a de-glam role. She even shared the first look of the project.

She got Dadasaheb Phalke Excellence Award for 'Best Entertainer for Reality Show' inside the 'Bigg Boss 11' house. She has several awards and honours to her credit for her stint on television. Recently, she bagged the Rajiv Gandhi Excellence Award for her contribution in the entertainment field.