Janhvi will reportedly be seen in Gunjan Saxena biopic.

New Delhi: Late legendary actress Sridevi and producer Boney Kapoor's elder daughter Janhvi swooned into the hearts of millions with her maiden venture 'Dhadak' last year. The film is reasonably well at the Box Office and she got noticed for her performance. The gorgeous newcomer is a style icon already and has several fan pages dedicated to her on social media.

A fitness freak that she is, recently paps spotted her outside a gym in Khar, Mumbai and once again Janhvi turned heads with her unique style. She wore a military tee with 'soldier' written on it and stepped out sans make-up. Janhvi wore peach coloured shorts with faux fur sandals. Check out her pictures:

After 'Dhadak', the buzz has been high around Janhvi. All eyes are set on her next projects. She will be seen in Karan Johar's period drama 'Takht' which is a multistarrer. It stars Ranveer Singh, Kareena Kapoor Khan, Alia Bhatt, Vicky Kaushal, Bhumi Pednekar, Anil Kapoor besides Janhvi in lead roles. The film will hit the screens in 2020.

Janhvi will reportedly be seen in Gunjan Saxena biopic. She is the first Indian combat aviator who evacuated injured Indian soldiers from Kargil in 1999.

Also, rumours are rife that the newbie will have to put on a few kilos to ace her part as Gunjan Saxena in the biopic. 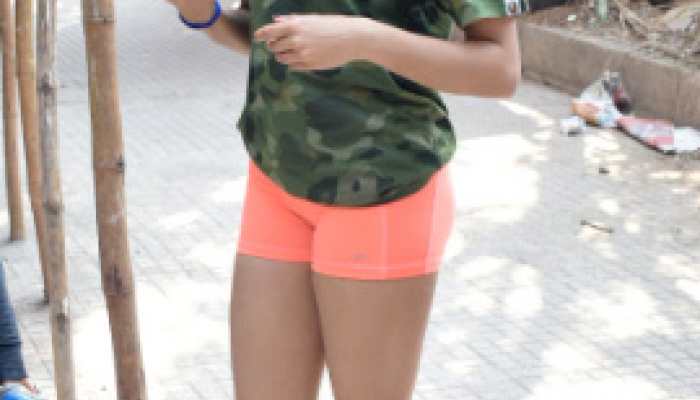 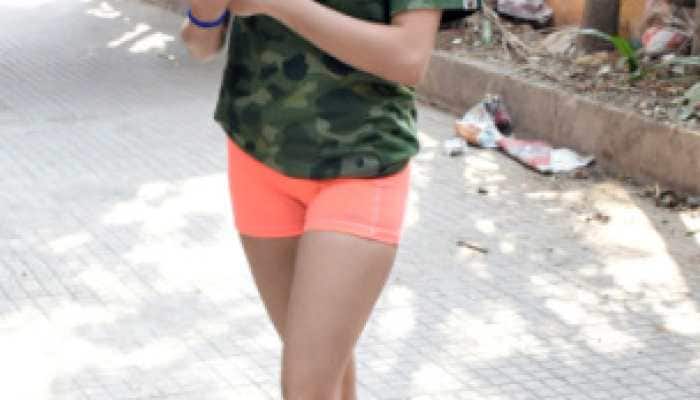 Jahnvi is a stunner! 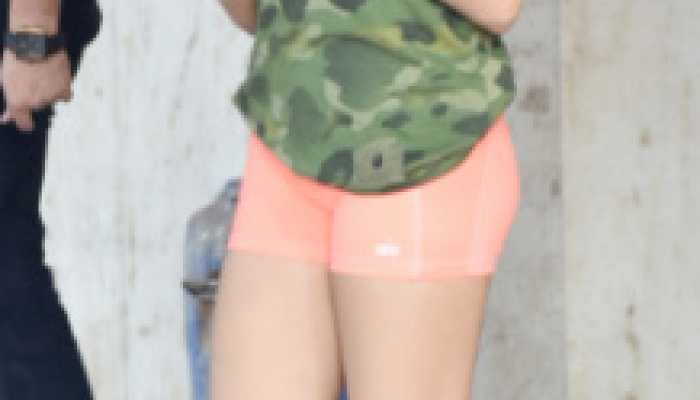 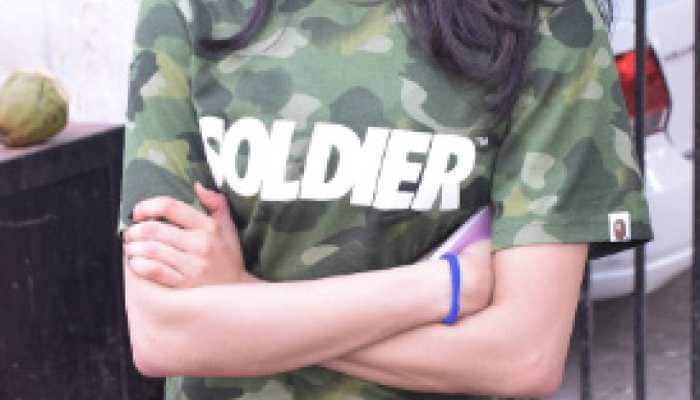