The 'Rangoon' actress expresses wish to work with Priyanka again. 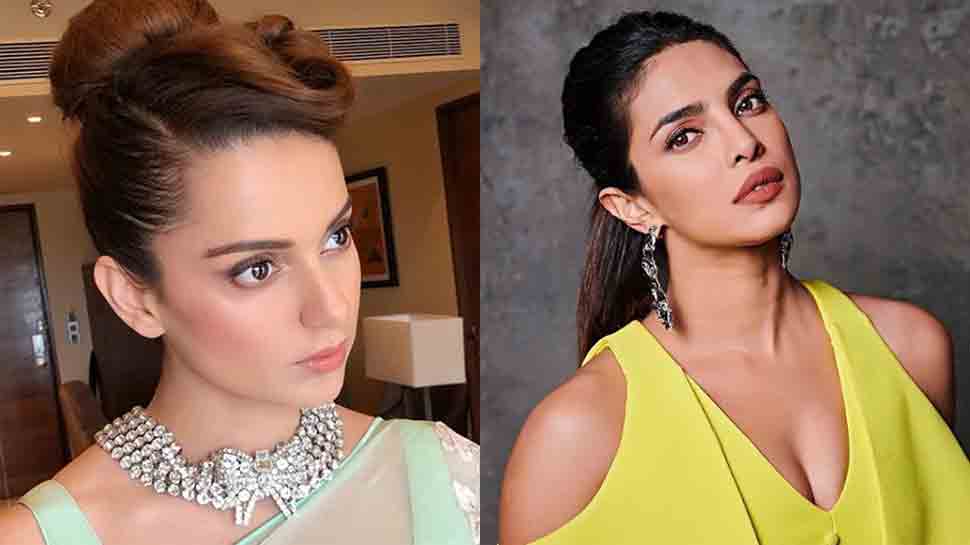 New Delhi: Queen of Bollywood Kangana Ranaut, who is portraying Rani Laxmibai of Jhansi in her upcoming film 'Manikarnika: The Queen Of Jhansi' is travelling across the country to promote the film. The film is also important as it marks her directorial debut in the industry.

In a recent interview with Pinkvilla, Kangana expressed to collaborate with Priyanka Chopra on the big screen again and said, "I would definitely like to do (with her). We have done a film called 'Krrish 3' together where she was playing a homely girl but I think if we both are like supergirls or something, that would work."

"Me and Priyanka can kick some butts. Essentially she is very like that person, she can kick butts, she is quite tough," she added.

Kangana and Priyanka have worked together in two films - 'Krrish 3' and Madhur Bhandarkar's directorial 'Fashion'. And it would be a treat for their fans if the 'supergirls' reunite again for a project and show their magic on the silver screen.

Kangana also mentioned that how she never shies away from praising her fellow co-actors and their films but never gets acknowledgement from them in return. "You know I will praise Alia or I would praise Anushka or I would praise everyone. I never shied away from going to Deepika's 'Piku' trial. Everyone I have praised in my capacity. Sonakshi's 'Lootera' I saw and the whole year I praised her. I don't get threatened. Why don't I see same sort of......... Why is everyone like, 'Oh, she doesn't exist?'

“Why is that going on? I exist. My film has crossed millions and millions of views and it is one of the most promising films of this year. So when they pretend I don't exist. Nobody ever talks about my teasers or trailers,” she said.

Speaking of 'Manikarnika: The Queen Of Jhansi', the film is releasing on January 25, 2019, and may face a clash with Nawazuddin Siddiqui's 'Thackeray'. The film also features Ankita Lokhande, Taher Shabbir and Danny Denzongpa in pivotal roles.

Earlier, Kangana had opened up about the clash with 'Thackeray', which is based on the life of late Shiv Sena supremo Bal Thackeray and said, "We are very happy that we have a sort of a big window, there is a vacation. It’s a kind of a festive release. So, two films can easily come. So far, nobody has pressured us. It will be wrong to say that someone has approached us or pressured us into doing something that we don’t want to do."

Hrithik Roshan's latest Instagram posts will make you fall in love with him!