Kangana Ranaut lets the cat out of her bag, says Priyanka Chopra is really excited for her wedding

Both Priyanka and Kangana had shared screen space in 'Fashion' 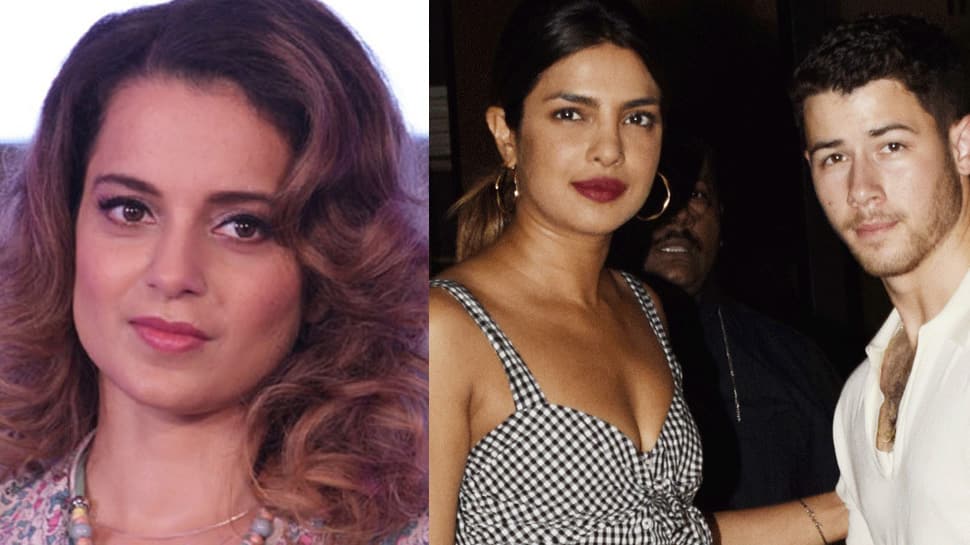 New Delhi: Bollywood's queen Kangana Ranaut, who was earlier a bit mad at her Bff Priyanka Chopra for not telling her about her alleged engagement, has made a big revelation about Priyanka and Nick Jonas' impending marriage.

The actress on Tuesday night revealed that she congratulated Priyanka  and the latter seems “excited and very happy.”

Kangana, who was present at Vogue's Beauty Awards was asked to comment on Priyanka's wedding.

“I spoke to Priyanka the other day and I congratulated her. She responded in a very… She seems excited and very happy. If such an event is taking place, I’d love to celebrate with her because she is lovely and she deserves all the happiness. She is a very dear friend. I get very happy and excited about weddings and engagements.” Kangana told the reporters at the event.

Kangana also added that Priyanka has not revealed her wedding date yet.

Earlier during an exclusive interview with Zee, Kangana was asked about her views on Priyanka's alleged engagement. Kangana, jokingly said that if the engagement did take place then she is upset that the actress didn't invite her.

Both Priyanka and Kangana had shared screen space in 'Fashion' and share a great rapport since then.

On the work front, Kangana will be next seen in 'Manikarnika—The Queen of Jhansi'. The film stars the actress in the role of the valiant Rani Laxmibai. The teaser of the movie will be released on August 15, 2018.

Kangana recently wrapped up the shoot of Balaji Telefilms' Mental Hai Kya' in London in which she will be seen alongside Rajkummar Rao. Post her Manikarnika schedule, the actress will start working on Ashwini Iyer Tiwary’s next where she will essay the character of a kabbadi player.

'Manikarnika' will release in January 2019 while 'Mental Hai Kya' will hit the screens in February 2019.