The actress has outrightly refused to apologise to Karni Sena. 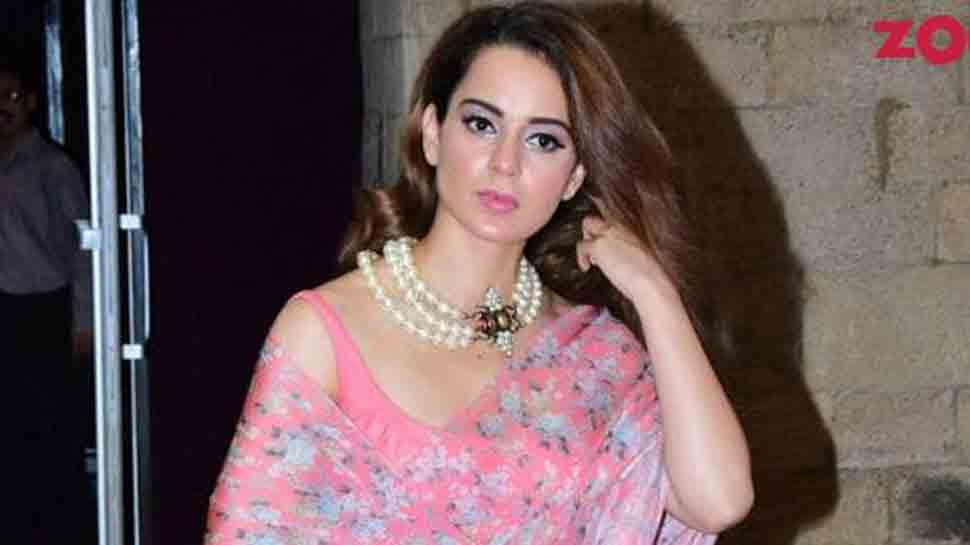 There were reports that fringe outfit Karni Sena issued threats to Kangana over the film as they believe the period-drama "alludes to Rani Laxmibai`s relationship with a British officer". They asked the makers of the film to show them the movie before its release.

But sooner that, the outfit claimed that it wasn't involved in any sort of protest against the film and stated that some people are using Shri Rajput Karni Sena's name for vested interests. However, they demanded an apology from Kangana for making a derogatory statement against their organization.

When Kangana was asked about the same, the actress refused to issue an apology saying that since she didn't make any mistake, she is not going to apologise for the same.

"I will not apologize to anybody. I have never apologized whenever I haven't made a mistake. We have promised that we haven't shown anything wrong about Rani Laxmibai in the film so, they should support us. Rani Laxmibai is not my relative and I feel she is the daughter of the entire country so, we all should support the film. Shri Rajput Karni Sena should not play their ego card with me because I am not here to say sorry to anyone," Pinkvilla quoted her saying.

Kangana also shared a video where she is seen paying tribute to Shiv Sena founder Bal Thackeray on his birth anniversary on Wednesday. She paid tribute ahead of the release of 'Manikarnika..' which will be clashing with the release of the biopic 'Thackeray'. Both the films will release on January 25, 2019.

Kangana will be seen playing the titular role of Rani Laxmibai of Jhansi. The actress has worked hard for acing her part with rigorous horse riding and sword fighting training keeping her busy.

Bradley Cooper had originally turned down 'A Star Is Born'