New Delhi: Expect Kareena Kapoor Khan to do things differently and in style. Bebo was recently clicked at the airport wearing a gorgeous red sweatshirt with a hoodie and it looks perfect to beat the chilly winters.

More so because of the cool slogan it carried. Kareena's sweatshirt reads “I'D Rather Be At Home”. And yes, it totally mirrors what most of us feel during winters, especially while buckling up for work.

Check out her amazing pictures: 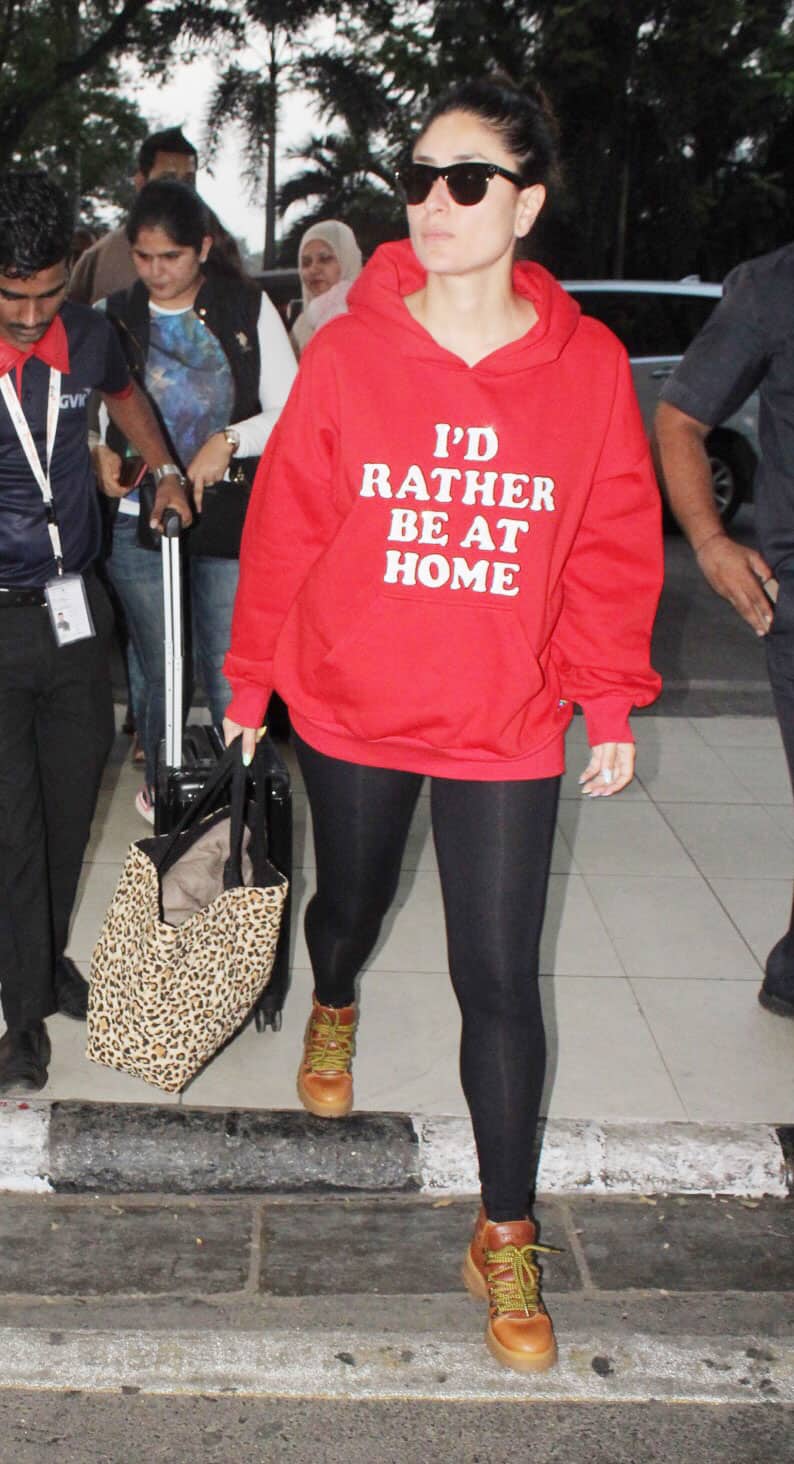 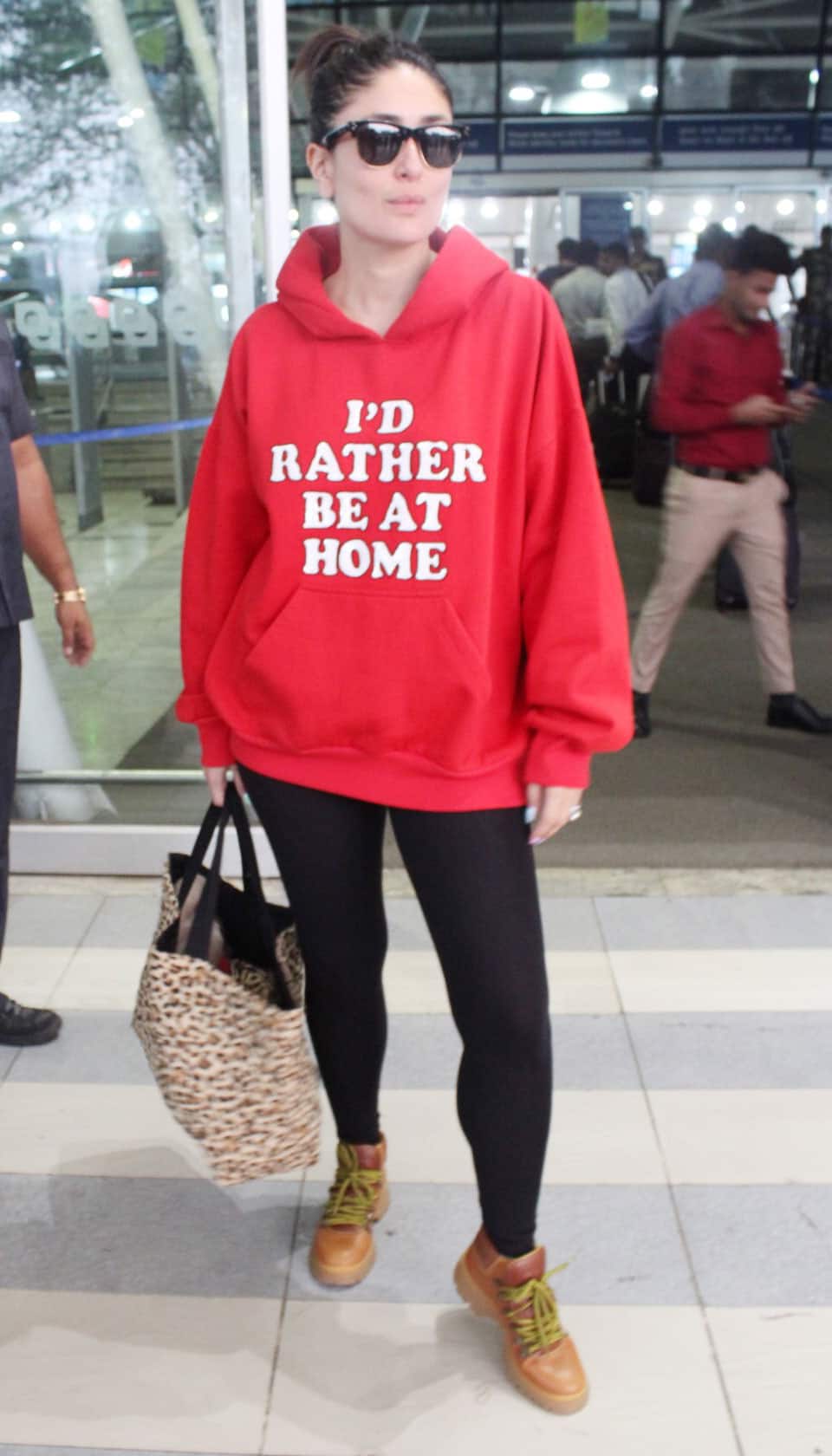 On the work front, Kareena Kapoor Khan is gearing up for the release of her upcoming venture 'Good Newwz' opposite Akshay Kumar. The film also stars Kiara Advani and Punjabi heartthrob Diljit Dosanjh in lead roles.

Kareena also has other plum projects in her kitty like Dharma Productions' period drama 'Takht' which is a multi-starrer and Aamir Khan's 'Laal Singh Chaddha'. The latter will hit the screens next year and is an official adaptation of Hollywood classic 'Forrest Gump' starring Tom Hanks.

The actress is busy shooting round-the-clock and right now 'Good Newwz' promotions are in full swing.