Khushi was captured by the shutterbugs outside celebrity favourite designer Manish Malhotra's office on Tuesday afternoon. Take a look at her pictures!

Khushi kept her look casual and was seen in a beige bodycon outfit, sans makeup and accessories. She kept her hair open and completed her look with a stylish handbag and espadrilles.

The Kapoor sisters - Janhvi and Khushi are known for their fashionable outings and they are quite close to celebrity favourite designer Manish Malhotra. In fact, they are often spotted visiting his residence and office, besides donning outfits from his collections! Not many know that Khushi's late mother and legendary actress Sridevi was also quite close to Manish and he was among the main people from the Bollywood she worked with.

Take a look at her photos: 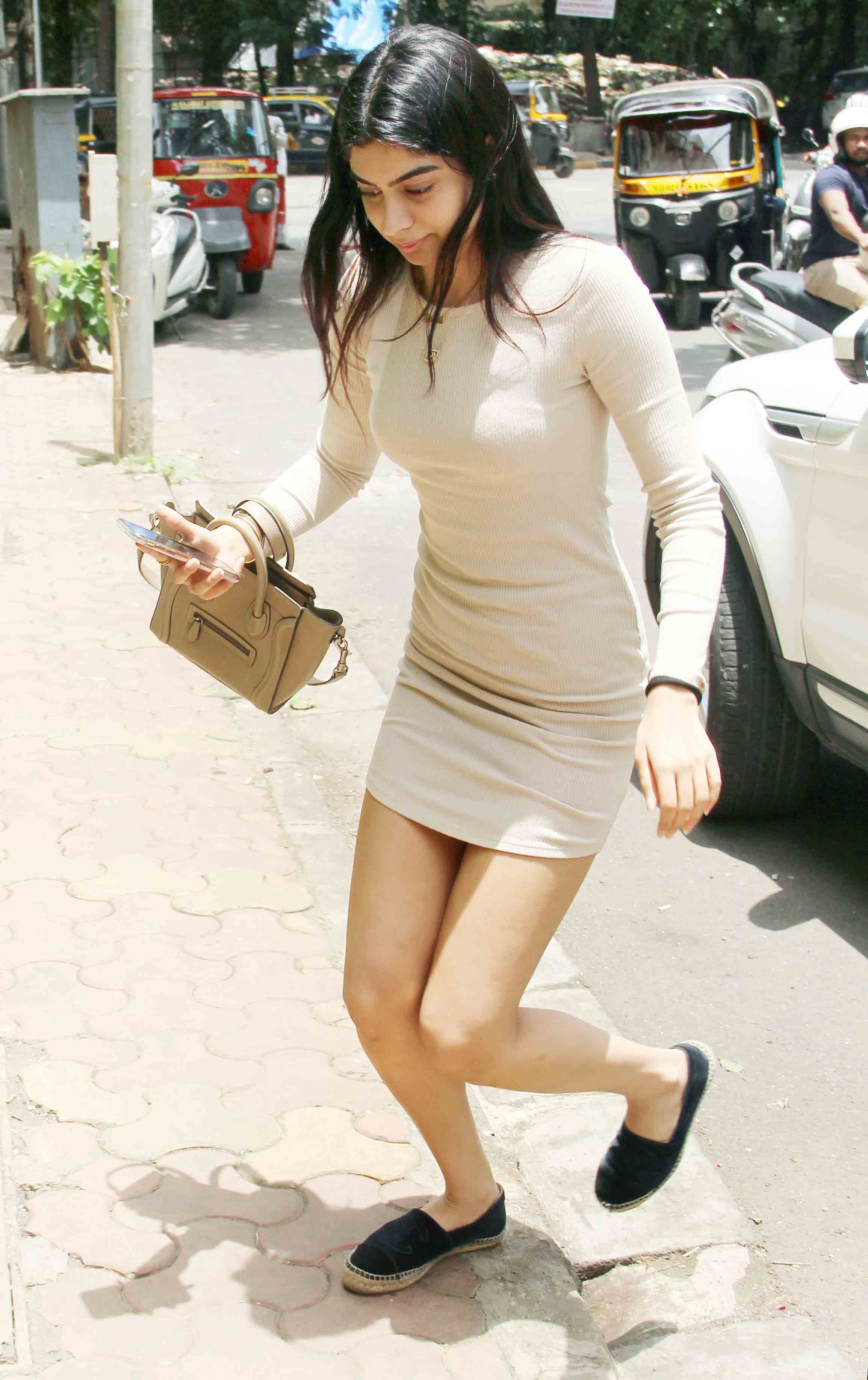 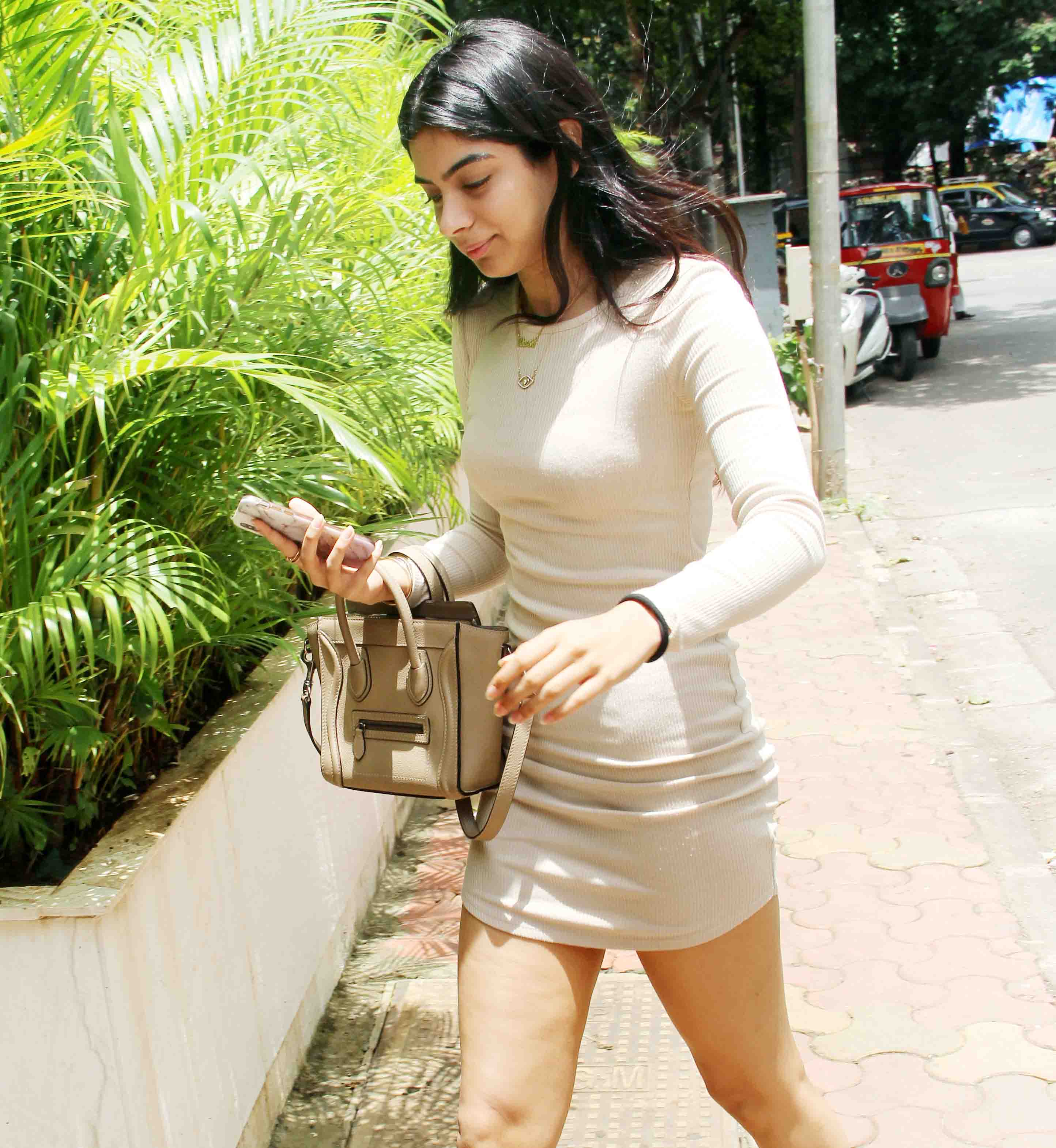 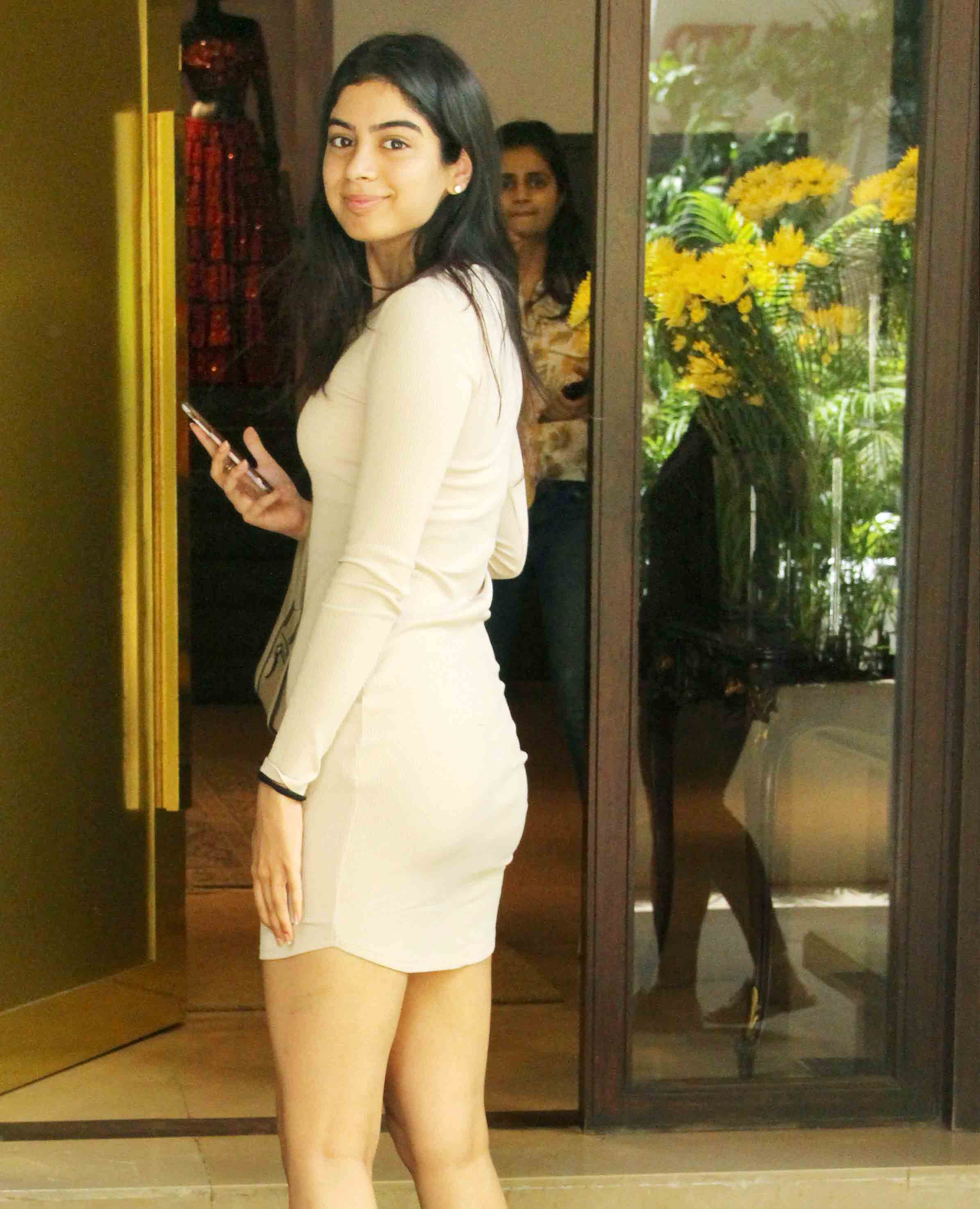 Speculations are rife that Khushi too has made up her mind to follow the footsteps of her elder sister and enter the showbiz industry. Although, there has been no word from her on the same, it is believed that filmmaker and Sridevi's good friend Karan Johar will launch her in Bollywood with a Dharma film.

The Kapoor stunner is often spotted in and around the city hanging out with her pals. Much like elder sister Janhvi, Khushi too is a fashion icon and steps out wearing her stylish best.

In the last few months, we saw several star kids from Janhvi to Ishaan Khattar and Sara Ali Khan making their big-screen debut into the world of movies. Now, all eyes are set on Khushi Kapoor to enter the showbiz world with a bang!